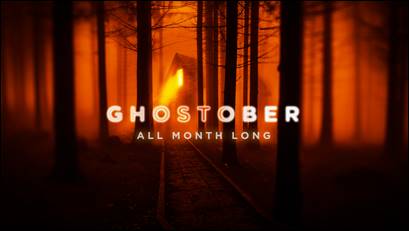 MYSTERIES AT THE MUSEUM
“Special: Zodiac Killer” – Premieres Wednesday, October 3 at 9 p.m. ET/PT
History enthusiast and adventurer Don Wildman investigates the most notorious unsolved crime in American history – the Zodiac murders. Diving headfirst into the case, Wildman meets with a retired inspector who worked the crimes, learns code breaking from a Zodiac cryptographer, visits a DNA lab to understand how close authorities are to catching the killer and learns a new theory on who may be responsible. [Hour-long special]

GHOST ADVENTURES
FOUR-PART MINISERIES: “Graveyard of the Pacific”
In this special four-part event, Zak Bagans, Aaron Goodwin, Billy Tolley and Jay Wasley head to the “Graveyard of the Pacific” – a treacherous nautical region of the Pacific Northwest, where the freshwater of the Columbia River meets the Pacific Ocean. Here, the ocean has claimed thousands of shipwrecks and countless lives, while unexplained deaths, diseases, fires and murders have impacted areas around the shoreline. The investigation takes the team to multiple haunted locations – from the underground tunnels weaving beneath the city of Astoria, Oregon, and the port city’s Norblad Hostel to the Fort Stevens Military Base outside of town where dangerous entities are believed to haunt various sites. The investigation culminates at the North Head Lighthouse in Washington, which bore witness to some of the most tragic shipwrecks of this watery graveyard. [Hour-long episodes]

PART ONE: “Astoria Underground”- Premieres Saturday, October 6 at 9 p.m. ET/PT
Zak Bagans and the crew begin their investigation of the Graveyard of the Pacific in Astoria, Oregon, where they explore the port city’s infamous Shanghai tunnels and uncover a series of misfortunes connected the works of H.P. Lovecraft.

MYSTERIES AT THE MUSEUM
Host Don Wildman digs into the world’s greatest institutions to unearth extraordinary relics that reveal incredible secrets from the past. Through compelling interviews, rare archival footage and arresting recreations, “Mysteries at the Museum” illuminates the hidden treasures at the heart of history’s most incredible triumphs, sensational crimes and bizarre encounters. [Hour-long episodes]

“The Ghost of Katie King, Lake Erie Monster, Secret Stowaway” – Premieres Wednesday, September 26 at 9 p.m. ET/PT
Don Wildman examines a mysterious medium who conjured a ghost, a terrifying sea monster lurking in one of America’s Great Lakes and the strange tale of an audacious stowaway.

“Killer Space Germs, The Yeti’s Hand, The Bug That Changed History” – Premieres Wednesday, October 3 at 8 p.m. ET/PT
Don Wildman investigates the mysterious bacteria that imperiled the NASA space program, the decrepit remains of a mythical beast and a hidden bug that painted the world in a whole new color.

HAUNTED LIVE
Viewers are invited to join the action in “Haunted Live,” a live interactive paranormal investigation series featuring paranormal experts the Tennessee Wraith Chasers, and hosted by writer and musician Jesse Snider. The team – Chris Smith, Steven “Doogie” McDougal, Scott Porter, Brannon Smith and Mike Goncalves – relies on a unique combination of scientific method and spiritual faith to navigate investigations. Each week, they’ll reveal a new haunted location to the public and utilize their skills, technology and unique experiments to capture evidence of paranormal activity in a live and unfiltered paranormal investigation. Through an on-location live video stream, viewers can monitor the investigation activity on Travel Channel’s Facebook Live platform and comment on any findings in real time, directing the team where to investigate next. Fans can follow Travel Channel’s social media pages for the secret location reveal each week and visit Facebook to join a special pre-hunt Q&A with the Tennessee Wraith Chasers. #HauntedLive [Hour-long episodes]

New Episode *Live* – Premieres Friday, September 28 at 10 p.m. ET/PT
Viewers participate in a live ghost hunt as the Tennessee Wraith Chasers investigate haunted locations across the nation. The TWC perform experiments in hopes of capturing definitive proof of ghosts while viewers use webcams streaming on social media to direct the team to areas needing further investigation. It’s a revolutionary television experience where viewers can change the entire course of the show. This week, the team takes on a paranormal powerhouse perched atop a lonely hill, a place so active employees are convinced that a powerful evil entity occupies its halls, and feel social events will rouse the angry spirit.

New Episode *Live* – Premieres Friday, October 5 at 10 p.m. ET/PT
Viewers participate in a live ghost hunt as the Tennessee Wraith Chasers investigate haunted locations across the nation. The TWC perform experiments in hopes of capturing definitive proof of ghosts while viewers use webcams streaming on social media to direct the team to areas needing further investigation. It’s a revolutionary television experience where viewers can change the entire course of the show. This week, the team investigates the home of a young family caught in the crossfire of one of the bloodiest battles of the Civil War. Rumor has it that a paranormal vortex exists in this historic home, and the TWC will attempt to draw the spirits out of this paranormal portal.

PARANORMAL SURVIVOR
“Paranormal Survivor” will take you through terrifying real-life encounters with the supernatural. Hear from those who’ve faced these feared spirits – and watch dramatic recreations that lure people back to the scenes of these harrowing confrontations. [Hour-long episodes]

“Uninvited Evil” – Premieres Sunday, September 30 at 9 p.m. ET/PT
A woman’s young nephew is attacked by something horrific, a man takes a job at a restaurant that has a resident ghost and a woman is stalked by an obsessive spirit with a violent streak.

“Animal Nightmares” – Premieres Sunday, October 7 at 9 p.m. ET/PT
A family is terrorized by a supernatural beast that stalks the woods around their trailer park, and a woman adopts a stray dog only to find it’s not the only thing she brings back from the pound.

SCARIEST NIGHT OF MY LIFE
“Scariest Night of My Life” retells chilling, true stories of victims of paranormal mayhem. Each episode features three different stories of people who lived through life-changing and spine-chilling supernatural encounters that happened during the course of one terrifying night. With powerful recreations filled with twists and turns, viewers are in for an unforgettable paranormal ride. [Hour-long episodes]

“Unwelcome Visitor and Steven’s Imaginary Friend” – Premieres Sunday, September 30 at 10 p.m. ET/PT
A young family’s dream home turns into a nightmare when they’re terrorized by the ghost of a haggard old woman. A man discovers he’s not alone after encountering an unnerving black mist and the spirit of a little boy in his apartment.

“Psych-Oh! and Pain in the Attic” – Premieres Sunday, October 7 at 10 p.m. ET/PT
A group of friends encounter a screaming ghost girl in an abandoned psychiatric hospital. Two sisters hear mysterious footsteps after they discover a hidden attic in their new home.

MOST TERRIFYING PLACES IN AMERICA
“Most Terrifying Places in America” takes you on a treacherous trip across the nation’s most horrifying haunts. Take a ride on the dire side as we uncover the most bone-chilling manors and inns and visit real-life ghost towns so cursed shivers will run down your spine. Join us as we stop at the nation’s scariest attractions, which will leave you feeling like a wide-eyed, freaked-out kid again, and come along as we unearth the most frightening forests, forts and freeways. [Hour-long episodes]

“Haunted Road Trips” – Premieres Sunday, September 30 at 11 p.m. ET/PT
Buckle up! We’re riding route 666, uncovering the most terrifying roads, roadhouses and roadside haunts that locals say are “to die for.” We’ll drive Florida’s highway to hell, go looking for limbs with Civil War specters in Savannah, cross a bridge between the living and the dead in Mississippi and take a journey on a gurney to the great beyond in Arkansas’ infamous Ozarks.

“Cursed Towns” – Premieres Sunday, October 7 at 11 p.m. ET/PT
We venture into cursed towns and onto maimed streets haunted by the transgressions of the past, each full of frightful surprises for those who dare step foot in their domain. From a pharmacy in the French Quarter with a prescription for death, to the outskirts of America’s original cursed city, Salem, where a sinister shadow has left its dark mark, these are the real-life “villages of the damned.”