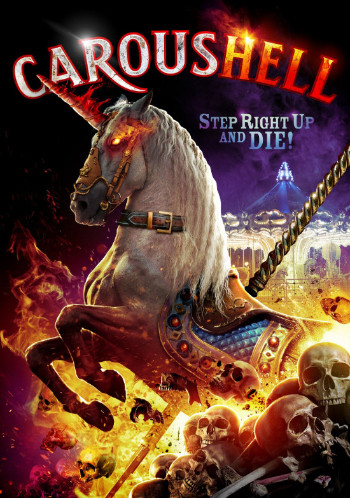 Due for release in 2019 from Wild Eye Releasing, CarousHELL is the latest horror offering from filmmaker Steve Rudzinski, director of Red Christmas, Captain Z & the Terror of Leviathan and Everyone Must Die!

Based on a script by Rudzinski and Aleen Isley, the horror/comedy tells of a sentient carousel unicorn that gets pushed too far by a brat. The unicorn breaks free of his spinning prison to go on a revenge-driven murder spree on his way to kill the kid.