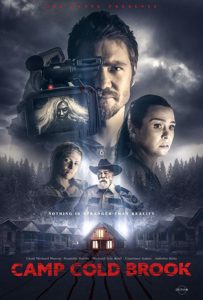 The film, written by Alex Carl , directed by Andy Palmer, and produced by Joe Dante, follows a team of reality TV paranormal investigators who get more than they bargained for when choosing a murder site for their next production.

In addition to Camp Cold Brook and nine other feature films, Shriekfest will also screen more than 30 outstanding and diverse international short films, covering just about every aspect of horror, sci-fi, and fantasy. See the schedule: https://www.shriekfest.com/schedule/los-angeles/.