Comedy Dynamics & Firebreathing Films have just released Valentine DayZ, a comedy-horror feature starring Carrie Keagan and Dallas Valdez. They play Max and Sara, who meet and fall for each other in Palm Springs… but their love story is cut short due to a sudden zombie outbreak. Max is not as mild-mannered as he appears, but one zombie he isn’t able to kill is his darling Sara.

Valdez, who also starred with Keagan in a bigfoot thrilled called The Fiancé (now now) says that she is “one of the most talented actresses ever! What a pleasure to work with! And she’s dynamite in the movie.” Also in the movie is horror icon Robert Allen Mukes (House of 1000 Corpses), whom Valdez also acts with. “When you have Robert Allen Mukes playing a zombie, you know you are in for something special.” 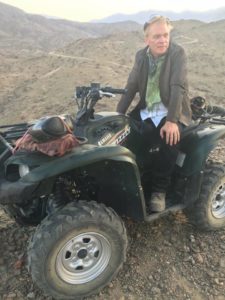 One of the wildest stunts in the film involves Valdez taking a dip in zombie- infested waters, but alas, “We had to cut the scene where I swam underwater to the super yacht to kill some bad guys because water leaked into the camera. I almost drowned for nothing! But it was all worth it in the end, because the film is such a wild ride!”