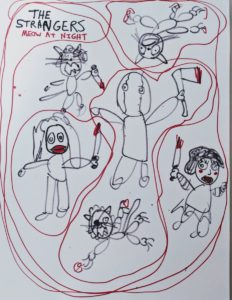 I am Kitty Glitter AKA Pussy Tantrum. Author of The Wet Clits. I also do a podcast called The Pussy Centipede. I was banned from Amazon and Smashwords.

Recent posts on the site include… 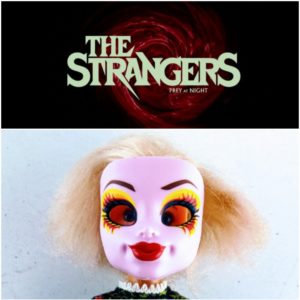 My The Strangers: Prey At Night Doll

My favorite movie ever is The Strangers Prey At Night.

The other day I found some dolls at The Goodwill, and I thought I could use them to make a doll of Dollface from The Strangers Prey At Night.

The other day I was hanging out with my wife’s boyfriend and he wanted to watch a horror movie. He ended up picking this movie called Rideshare that’s streaming for free on Amazon Prime and I figured I’d write a review of it…

I always sketch out a rough outline of the plot before I attempt to write one of my books. I try to follow a three act structure that consists of an inciting incident, rising action, and climax/conclusion.

Speaking of books, here’s a few you can find on the site…

My latest book Ghostly Ellis-Bextor is about to drop on every EBook platform except Amazon (since I was banned from Amazon for life).

Ghostly Ellis-Bextor was inspired by the British pop star Sophie Ellis-Bextor and it’s an awesome book if you like stories about pyschotic kitties, abusive spooky ghosts, and mean puppies.

Katy Perry meets her true love in this story of horror and kitties! 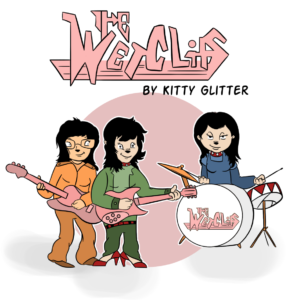 Clitney Chipette thought losing her clit in a van accident was the worst thing that ever happened to her, but that was before she met Pussy Burner!

The Wet Clits is a deranged journey through chipmunk hell!

That’s not all you can find!

Listen to The Pussy Centipede podcast…

Follow the thrilling adventures of Doctor of Puppies as he attempts to create a pussy centipede. Become a supporter of this podcast: https://anchor.fm/pussycentipede/support.

The most important episode ever, The Genital Hernia event destroys The Pussy Centipede universe so that it can rise up from the ashes like a rebooted phoenix bird!

The Pussy Centipede: Brian From Wings

There’s plenty more but you’ll just have to check out the site yourself at: