Modern classical/metal soprano vocalist Alina Gavrilenko (aka Snowmaiden) announces the release of her cover of “Sally’s Song” from The Nightmare Before Christmas. 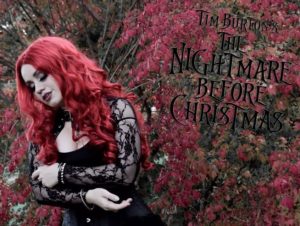 For fans of: Nightwish, Within Temptation & Epica

“I chose to cover “Sally’s Song” because it’s a Christmas/Halloween classic and a fan favorite.” – Alina Gavrilenko

Alina Gavrilenko (Snowmaiden) is a Russian born Canadian Soprano.
She began her musical journey as a piano major at a music school in Kamchatka, Russia at the age of 6. In addition to piano she has become a working choral singer, and has performed for all types of professional, chamber, classical, church, and contemporary choirs for the past 16 years.

Her family moved to Canada during the summer of 2011, where she pursued a full time education in vocal performance and vocal lessons with renowned professional opera singers, such as her current mentor, Canadian baritone James Westman.

In the spring of 2018 Alina, received an honors degree in Bel Canto studies after 4 years of performing solo recitals, choral concerts, operas and working as a choral scholar soprano in the New St James Church, London.

Heavy metal has, however, remained at the heart of Alina’s passion. She has lent her vocals to various local projects such as Nachtmuse, Battlesoul, Haven Dream and her rock cover band Casual Encounters.

Since this, 2018 has marked particular highs in the young soprano’s career, seeing her vocals on stellar cinematic metal effort DiAmorte- “The Red Opera” alongside the likes of Symphony X’s Mike Lepond, Michael Romeo and Them/4Arm/Sylencer’s Markus Johansson.

She has released numerous digital singles by such acts as Nightwish, Cradle of Filth, Xandria and Epica. Currently Alina is working on completing the debut full-length SNOWMAIDEN release.