“All Kinds of Twist and Turns in…” 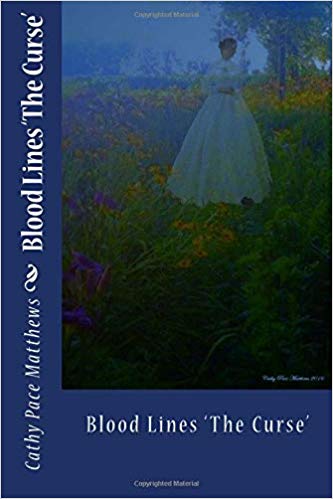 For over 130 years the Rodger’s family has been living under a curse. Now Emma, the last in the bloodline, has returned to her childhood home to settle her grandmother’s estate. Emma’s mother, to save Emma, had taken her when she was a child and left after her father had died in a grisly accident. Emma might be an archaeologist but never had she searched for remnants of the past so diligently and frantically. Everything seems to be tied into an old headstone that was found on her newly acquired property many years before and the date on the headstone is over a hundred and thirty years old. 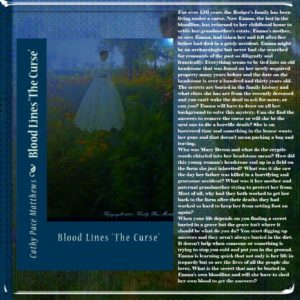 Who was Mary Devon and what do the cryptic words chiseled into her headstone mean? How did this young woman’s headstone end up in a field on the farm she just inherited? What was it she saw the day her father was killed in that horrifying and gruesome accident? What was it her mother and paternal grandmother trying to protect her from. Most of all, why had they both worked to get her back to the farm after their deaths when they had worked so hard to keep her from setting foot on it while they were alive?

When your life depends on you finding a secret buried in a grave but the grave isn’t where it should be what do you do? You start digging up answers and they aren’t always buried in the dirt. It doesn’t help when someone or something is trying to stop you cold and put you in the ground. Emma is learning quick that not only is her life in jeopardy but so are the lives of all the people she loves. What is the secret that may be buried in Emma’s own bloodline and will she have to shed her own blood to get the answers? The secrets are buried in the family history and what clues she has are from the recently deceased and you can’t wake the dead to ask for more, or can you? Emma will have to draw on all her background to solve this mystery. Can she find the answers to remove the curse or will she be the next one to die a horrific death? She is on borrowed time and something in the house wants her gone and that doesn’t mean packing a bag and leaving.

“I loved this book. I started it one day with the intention of reading it in between loads of laundry. I finished it that same day instead of my laundry. It’s a lot of fun to read!”

“All kinds of twist and turns in this book. Couldn’t put it down.”

“I truly enjoyed this book.”

“Held me front the beginning to the end. Couldn’t put it down.”

“Good book, great author, can’t put it down, a must read.”

Don’t wait…let the twists and turns begin by getting your copy today at:

And then continue on to read… 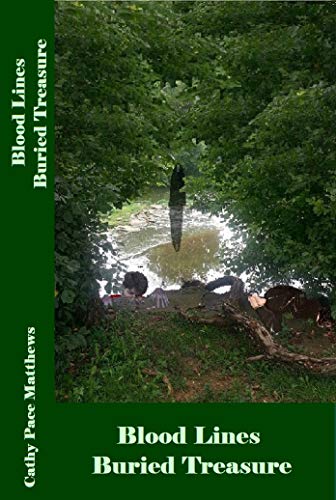 Emma was settling into her new home in Missouri and things were going great. She had inherited the farm from her Grandmother when she had died the year before. Emma soon found out that her family’s estate came with more than the land. There was a curse and a few specters that had made things a little rough for a while.

Emma finds out that something else has been added to the list of things she acquired. It would appear that she also has a stash of rare gold coins buried on her farm as well. The biggest problem with that is there are people out there looking for that treasure and they are by far worse than any ghost she has fought.

Now she has a new love in her life and planning a future but the people that want those coins have every intention of cutting those plans short and ending Emma’s life. The bodies are piling up: can she and her pieced together family stop them or will Emma and her friends be added to the rising body count?

Among Emma’s little army she does have a secret weapon. Those pesky spirits that had caused so much trouble when she came back are now fighting on her side and Emma is going to need each one and even they may not be enough to defeat these cold blooded individuals.

“Loved it. One twist after the other. The ending was a total surp…”

The series doesn’t stop there… 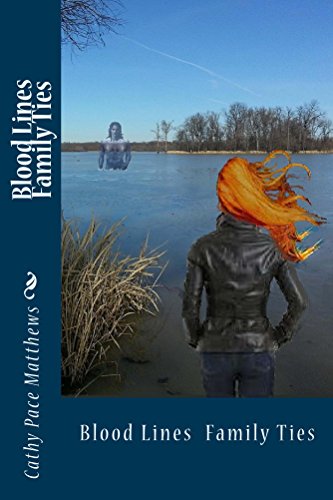 One night in 1903 a fire is started and an entire family dies along with one of the people who set the fire. Now over a hundred years later a woman is forced from her home and she runs to the only person she thinks might be able to help her, her cousin Emma who lives just a little over a hundred miles north of her.

When Emma is awakened in the middle of the night by her aunt informing her that Christine has been picked up in a small town close by in nothing but her pajamas and a robe and been delivered to their doorstep, Emma’s not sure what to think. The horror story that Christine spins sends Emma and her family and friends in search for answers.

She should have left this one alone. Emma ends up taking a trip on a bitterly cold night that could be very well be one way. Emma’s been through some scary situations in the past but this time she might not make it out of this one. Even a phantom army isn’t a match for this monster.

“Even better than the first two and that’s saying something.”

I started writing in October of 2013 and haven’t stop since. I came across a certain object in a certain place and my imagination took flight. The result was my first book Blood Lines ‘The Curse’. When I started I wanted to write something that would entertain the reader. I wanted to write a story that centered around strong good women but with a bit of a comical turn. I wanted a little romance but it not necessarily about romance as a whole. I wanted to bring back the idea of gentlemen and chivalry. I guess I am a bit of a romantic but I’m also realistic. I have since written and published three more books, two are sequels to my first book and they are Blood Lines ‘Buried Treasure’ and Blood Lines ‘Family Ties.’ The fourth is a collection of short stories called Journey into Nightmares. I’m presently working on the fourth in the Blood Lines Series ‘When Blood Doesn’t Matter‘. I’ve also got a new series in the works called WindRider. I’m always filling in the time when I need to step away from the books with short stories. What can I say I’m making up for lost time since I got started so late. I’m married to a wonderful man, Buddy, and between us we have three very beautiful daughters. We love to travel in our converted 1963 Greyhound 4106 and discover new places and meeting new people. I grew up with four wonderful brothers, one of which is no longer with us. I was born in Mississippi, grew up in Tennessee, and fell in love with Missouri as well as a man who comes from there.

WICHITA – New Psycho-Thriller “The Power of the Gaze”