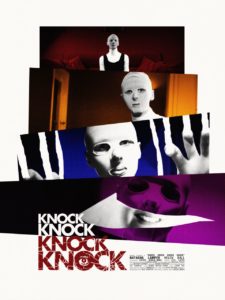 Freya, who has recently visibly suffered a nervous breakdown resulting in her wearing a pressure mask for burns to her face, is visited by her concerned social worker Mrs Stone. After she leaves, Freya is plagued by a constant knocking at her door, causing her mind to enter a state of conflict as she struggles to remain calm. When her mental state shatters she must battle through her psychosis to rid herself of what is hiding behind her closed door.

For more information on Faster Productions and Sincerely Psychopath contact: