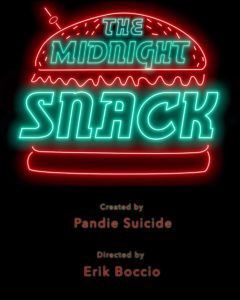 See the very first behind the scenes footage from The Midnight Snack, starring Sid Wilson (aka DJ Starscream, #0) of Slipknot fame in his amazing transformation into the role of ‘John’, a guy who walks late on night into The Midnight Snack looking for a bite.

The short project is part one of a short series, and this pilot episode entitled ‘Oh Yeah!’ is now available to watch online. The Midnight Snack was created and written by Pandie Suicide who also stars as Betty Lou Midnight. Erik Boccio directs, with a score by ex-Korn/ Filter/ Otep guitarist Rob Patterson, rounding out much of the same team that brought you Blood Bath (out on Crypt Tv). 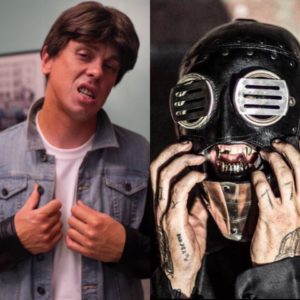 Watch this exclusive behind the scenes video and bloody never-before seen photos by Cami J Fatat, as well as the very first teaser, welcome to The Midnight Snack!

Behind the scenes video: