“Hunter’s Weekend,” written and directed by Amy Taylor, is set have its LA premiere right in the midst of Women in Horror Month on February 15th, 2019 at the Hollywood Reel Independent Film Festival. Having had its world premiere at Days of the Dead: Chicago last November, this mockumentary horror-comedy follows the bumbling exploits of two park rangers as they strive to figure out who is murdering members of their invitation-only hunting competition. 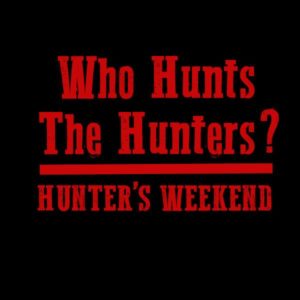 Shot in six days with a tiny crew, which, nevertheless was made up of 60% women, “Hunter’s Weekend” exemplifies the spirit of independent filmmaking and shows what can be accomplished at the micro-budget level.