-Lenore: When I was a child, two of my uncles owned a book store. They introduced me to a world of books but Jules Verne’s 20,000 Leagues Under the Sea, was my first book. I became fascinated with Captain Nemo and the monsters. That led me to a life-long love of horror.

-Lenore: When I started writing, my progression to horror happened naturally. I still have a tendency toward fantasy but my love of monsters always creeps into my work. I tend to be a very upbeat and gregarious person, so horror allows me to comfortably explore my dark side without scaring people.

PH: What does having a “Women in Horror” month mean to you?

-Lenore: I like “Women in Horror” month. It helps to spotlight attention on women in the horror genre who are often overlooked. There are a lot of women dedicated to the genre in writing, general media, film, and the arts. It’s not just about horror writers but honoring women who embrace the genre and contribute to it.

PH: Is there a woman in horror who you consider a role model?

-Lenore: My friend Dawn Fields is someone I really admire. She writes and directs horror films and currently is working on two horror projects, 13 Black Bird Lane (her directorial debut) and her follow-up film, Zombie Elves. I also admire author Anne Rice. She has been prolific in the genre and I hope she continues to do so. I also admire Canadian horror writer Suzanne Church.

PH: How do you think the role of women in horror has changed over the years?

-Lenore: I think women are moving from the role of scream queens to being huge contributors to the genre. Women such as Dawn Fields and Marty Noxon are writing and producing more horror content. More women are writing books and adapting their work into films that are focusing on strong female characters written from a woman’s perspective. That is something that we need in the genre.

-Lenore: While I’ve written horror scripts and I’ve worked on film sets, I would like to adapt some of my writing to films and ultimately direct and produce them. I think that is where I would like to see myself in the next five years.

-Lenore: My favorite final girl is definitely Ripley, played by Sigourney Weaver in the movies Alien and Aliens. I have quite a few favorite female villains: My absolute favorite is Carrie Smith in the Stephen King book Carrie and the screen by the incredibly talented Sissy Spacek. Her performance is also outstanding in the series Castle Rock. I would love to meet her. Another favorite is Queen Akasha in Anne Rice’s Queen of the Damned, who was brilliantly portrayed in the movie by Aaliyah. I also loved Ginger (portrayed by Katherine Isabelle) in the movie Ginger Snaps. 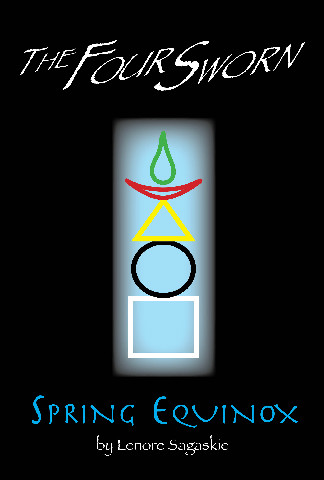 We would like to thank Lenore Sagaskie for taking the time to answer our questions, but more importantly for her contribution to horror!