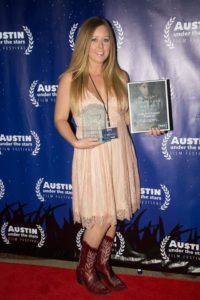 -Elizabeth: I have been a horror fan since the age of about 13 when I started reading the Goosebumps books, I was hooked on those and stayed up all night reading them again and again. When I realized there were films which were made to scare me too I would stay up after midnight with my 6 inch mini TV in my bed waiting for the horror films to start. I didn’t know what I was going to get as it was a pot luck of what came on and I remember the first one was The Lady in White, I had stumbled onto a world which I wanted to be a part of. Not just films but the United States itself, being from Scotland in the UK America fascinated me.

-Elizabeth: It pretty much happened naturally as my obsession with the US drove me to find out more about the film industry and Hollywood. My brother and sister have vivid memories of my haunted houses, I would turn my bedroom into a dark creepy maze using under my bunk bed as the main room, I’d have various props on strings as I pulled them from the top while banging the other side for misdirection. One time I took it too far and tried to make my own facial prosthetics from bubble gum, that did not end well!

-Elizabeth: Its a great start for equality for men and women but once we can think of the horror greats and think of a horror legend who is a women producer/director/cinematographer/writer rather than the stereotypical ‘hot’ woman in horror film actress, then we will not need a Women in Horror month. Sexualizing women in horror has been a big part of the genre and of course sex sells so women must support women and lift each other up, there is nothing wrong with being the half naked hot woman who dies first! 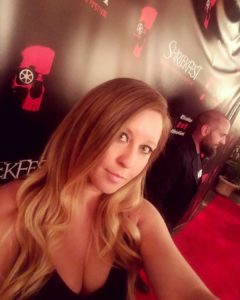 -Elizabeth: My one particular role model that stands out would be Sarah Michelle Gellar as Buffy. I have watched the series so many times I have lost count! The show has it all, action, comedy and of course horror. More recently Jennifer Kent writer and director of The Babadook has caught my eye as more of a creative role model, it took me a while to let that film sink in until I realized I loved it. I am definitely more into phycological horror or something with an unexpected twist as far as my creative side.

-Elizabeth: As I said above regarding the hot woman role, horror is becoming a recognized mainstream genre especially after ‘Get Out’ I hope we can still have elements of stereotypical roles for women of the genre we love while empowering women, perhaps more male/female role reversal on screen such as Jennifers Body and American Mary and of course more Sidneys, Nancys and Buffys!

-Elizabeth: The future is ours to take and share with the male horror legends of the past, I’d love to see my name next to the masters of horror one day. To be compared is one thing but I see myself creating new and fresh ideas beside Guillermo del Toro and Eli Roth. 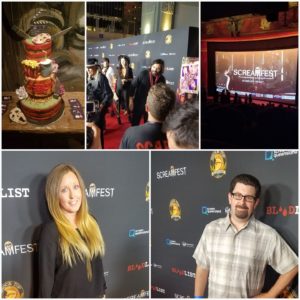 -Elizabeth: I am writing my first feature and working on bending the genres to create a new sub genre. Lets see if I truly can!

-Elizabeth: I guess I have to say Nancy Thomson as she is against arguably the most iconic figure in horror or at least the most scary looking in my opinion, sleep is a relatively unknown subject. What actually happens in there when we are asleep? Thats horrifying to me.

Kathy Bates has to be my favorite villain, she is utterly terrifying in Misery, her performance is mesmerizing! 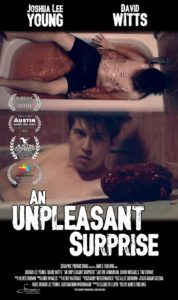 -Elizabeth: Right now I have a dark comedy I produced on Amazon, written and directed by James Furlong https://www.amazon.com/gp/video/detail/B07N39F1TT/ An Unpleasant Surprise.

I have a feature script which is a horror anthology, it has stories which I feel have not been told. We are currently looking for funding, with all the anthology remakes coming out at the moment this fresh idea needs to be made!

I am working on my first feature script which will hopefully blow people away!

I’m a partner at www.austinparanormalresearch.com where we do paranormal investigations and have a show on Youtube called Sillicon Spirits.

Thank you so much for the opportunity to be heard!

We would like to thank Elizabeth Lloyd for taking the time to answer our questions, but more importantly for her contribution to horror!

New Trailer and Poster for Icy Horror in ABOMINABLE!