As you may know, February is “Women in Horror” month. To celebrate, PromoteHorror.com asked women from different professions if they would like to answer some questions about being a “Woman in Horror,” and more. One of those women, who was kind enough to answer our questions, was actress, writer, producer, and director Rakefet Abergel. Lets see what she said about being a “Woman in Horror”… 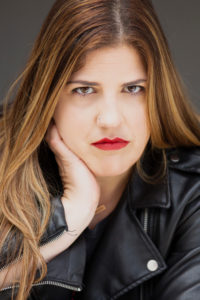 -Rakefet: I never really considered myself a horror fan until recently. I’m a scaredy cat and even though I had seen a few I generally avoided horror films. I never really thought Jax in Love (my first film) was a horror film, but the horror community convinced me I was wrong and embraced it! So after traveling with it to numerous horror fests around the country and watching more horror than I had ever seen in my life, I gained a new appreciation for the genre. I just had to learn to be a little more brave! Now I consider myself a full fledged horror fan and I’m excited to be a part of such a great community.

-Was there a specific moment when you realized that you wanted to go from being a fan of horror to a woman who contributes to the genre, or did it just kind of happen naturally?

-Rakefet: Well, like I said above, it kind of worked the other way. LOL . I made what I like to affectionately call an “accidental horror” movie, and that led me to being exposed to such great films, that I had no choice but to become a fan. 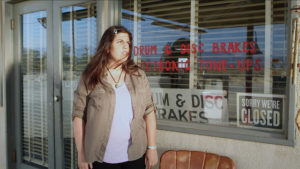 -What does having a “Women in Horror” month mean to you?

-Rakefet: I think that is one of the coolest part of being a female filmmaker who makes horror films. What other genre dedicates a whole month to us? It’s amazing to have so much exposure for myself and other female filmmakers, in a genre that used to be dominated by men.

-Rakefet: Probably every single one I’ve met. LOL. Jennifer Kent, for breaking out early and setting a nice pace for us. Aislinn Clarke for her vision and dedication to the arts and I’m in awe of all her recent success with The Devil’s Doorway. It’s inspiring. But even the ones who haven’t “made it” yet, the ones who are still struggling like me, they are my role models because they get up every day and create art that will elevate horror to a new level.

-Rakefet: Since I’m a new fan, I’m not sure if I can answer this with any certainty. But with Women in Horror month and all the great publicity, I’m sure we are in for something good.

-Rakefet: I think horror is about to get really, really good. Women have a different way of looking at things and it will be nice to have a broader perspective and gaze in the genre. 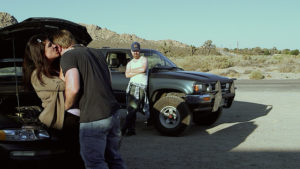 -Rakefet: I’m not the type exactly, but I would love to play the Final Girl in a good old fashioned slasher sometime. 🙂

-Rakefet: Favorite female villain is definitely Kathy Bates’ character in Misery. Jax was based largely on her in many ways. Final girl would maybe have to be Sydney in Scream. That was the first horror movie I wasn’t actually scared to watch. 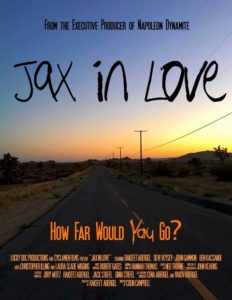 -Rakefet: Jax in Love was my first short film and it played at over 50 festivals and won over 25 awards including 10 Best Actress awards for me, which was super exciting and cool. We have distribution on a new Women in Horror DVD Anthology by Meridian Releasing and on ShortsTV, as well as part of an anthology on the World of Death channel. You can see more at www.JaxinLove.com

My next project is a short horror film called BOO. It’s being co produced by my company, Cyclamen Films (which also did Jax), in association with VKTRY Creative, a company founded by a diverse female team. 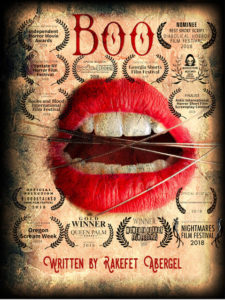 Our cast is pretty incredible and includes Josh Kelly (UnREAL), Parisa Fitz-Henley (Midnight, Texas), Laura Wiggins (Shameless), Michael Villar (Skin – 2019 Oscar nominated short film), and ME! I will also be directing. And our executive producer is Shawn Christian of Days of Our Lives fame!

We are currently crowdfunding and still need pledges! If you’re strapped for cash, even just going to our link and clicking FOLLOW and entering your email is free and helps us a lot!
For more info on the project and/or to make a pledge or follow our campaign click here: www.seedandspark.com/fund/booshortfilm

Here is a link to our teaser: https://www.youtube.com/watch?v=WpiJ7C71ngk

Both also available at the Seed and Spark page by clicking the Media tab.

We would like to thank Rakefet Abergel for taking the time to answer our questions, but more importantly for her contribution to horror!