-Lee: As a fan of horror fiction, I started very early, raised from a toddler on steady diet of Grimm’s Tales. However, I think it was reading Pinocchio, and the whole idea of stretching the skins of delinquent children into drums, that really caught my imagination. It wasn’t just the graphic nature of the story, it was the underlying menace in the text: this is what happens to unruly disobedient children. I believe Pinocchio is the most translated book in history. If that’s true it’s a wonder more of us aren’t traumatised for life.

When it comes to horror cinema, I’m still not a fan. What’s that old joke? The one where someone like me admits that they don’t being alone in the house and some smart-arse friend—everyone has one—suggests they should watch a horror movie, because after that they’ll never feel alone again. That’s been my experience with horror movies. As an impressionable middle grader I still recall watching The Cabinet of Dr Caligari, Trilogy of Terror, Friday the 13th, Jaws. Scenes from these four movies remain imprinted indelibly on my mind and even now those images make my pulse race and my palms sweaty. I accidently caught a scene from Anaconda late at night while nursing a sick child, and that has stuck, too. Horror movies make me lose sleep. I’ll nod off okay until those four principal storylines impinge on my dreams, turning them into nightmares. I try to escape, but being little and slow, I inevitably get eaten, or stabbed, or swallowed. I remember my dad shaking me awake one night, because I’d been screeching in my sleep. These days, not wanting to keep my family awake, I tend avoid horror movies, a stance that is becoming increasingly difficult given so many of my colleagues have their works optioned for film and TV. I’d like to be less of a wimp, because I’d love to experience their fabulous stories in another media.

-Lee: I started my writing career a decade ago with a chick lit novel called A Dash of Reality. Knowing what I write now, people laugh when I tell them that. I don’t mind. It might sound like a mistake to debut your writing career in a dying genre, but writing that novel taught me so much about being tenacious, building a readership, and the importance of community. The novel became a vehicle for learning about writing. I learned about the importance of developing believable characters, creating punchy dialogue, and how to escalate plot events in a classic story arc. One of the biggest lessons I learned in writing that book was that good writing is derived from conflict. The only problem was, in A Dash of Reality the conflicts were too trivial, revolving around my heroine’s wardrobe malfunctions or episodes of cupcake deprivation. I wanted to explore meatier conflicts, both external and internal, with bigger stakes, and in breathless, race-against-the-clock timeframes. It occurred to me then that I needed to write dark fiction and horror. I was already on the way to becoming a writer; only I was writing the wrong genre.

-Lee: I wish we didn’t need it. I wish all women writers received the same billing and the same opportunities as our male colleagues, but every February someone will shout “What about Men in Horror?” and it’s clear that time hasn’t come yet. Hailing from a country that is typically left off official world maps—yes, this is a thing: it seems New Zealand regularly falls in the gap between the two lines of longitude—it’s already an uphill battle being noticed on the world stage, so being a woman writer of horror makes discoverability especially challenging. The answer is for me to write and market myself better, so my work gets past the gatekeepers. In the meantime, I’m always grateful to the great folks who publish me, the colleagues and bloggers who signal boost my work, and the loyal readers who choose my books over the millions of other options out there.

-Lee: I’m lucky to have had many wonderful women horror writers support me in my career. Sometimes it is as little as a pep talk on a down day, other times it will be full-blown novel critique with the decimating slash of a red pen. All of them model the kind of writer I aspire to be. Women like Piper Mejia, Celine Murray, JC Hart, Angela Slatter, AJ Spedding, Amanda Pillar, Eileen Mueller, and AJ Ponder, JL Gribble, JH Moncrieff, Rena Mason, Kate Jones, Debbie Cowens, Charlotte Kieft, Helen Lowe, Sally McLennan, Shell Child…I’m going to stop there because I could fill the page, and no one wants to read a list.

In terms of a role model, someone I’d like to grow up to be, and whose work I wish were my own? Australian author Kaaron Warren. A writer ahead of her time, her work is exquisite, mining the cruellest images and important complex themes. Just when I think she can’t possibly be more innovative, she writes something like Tide of Stone to astound me. I don’t know why I’m surprised. After The Grief Hole, I should have learned that everything she writes is ground-breaking. And she’s one of the kindest, loveliest famous people I’ve ever met, a fabulous literary citizen, for women and for horror, generously donating her time to mentor and support emerging writers. If anyone would like to know more about Kaaron and her writing, my colleague Eric J Guignard has put together a fabulous primer—Exploring Dark Short Fiction 2: A Primer to Kaaron Warren. In assembling this primer, Eric read every story Kaaron has ever written in her twenty-five year career, so I think you’ll agree he can be considered a bit of an expert. Includes six shorts stories (reprints and an original story) as well as analysis by creative writing professor Michael Arnzen, an interview with the author, and a complete bibliography. Highly recommended. 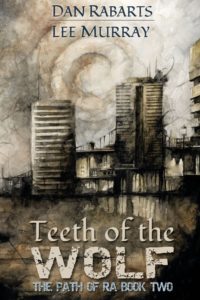 -Lee: I think the key to change is in agency. In the early days of horror, writers, filmmakers, characters, actresses, women always served as the sidekick, the submissive handmaid alongside a male hero or heroes, with little or no agency of their own. But with more women attracted to the genre, representation and agency is starting to change. Take my supernatural Crime-noir series, co-written with my colleague Dan Rabarts. In the past, my character, Penny Yee would have been relegated to the Moneypenny-secretary, or the love interest of the male hero. In The Path of Ra, Penny is an equal opportunity sleuth, her role as important as her brother’s in determining the outcome of each case. She spends more time on the page than him, and while she is more likely to be constrained by social norms than Matiu, I hope that makes her moments of rebellion even more satisfying.

-Lee: I’m going to predict that the future for women is horror is dark and hellish! There is too much wonderful writing to be ignored. It can only be a matter of time.

-Lee: I’d love to help break New Zealand speculative fiction writers out of the cemetery. I’d like to see them bring alive the stories of our country, imbued with our legends, our culture, and our landscape. I think for this to happen will require critical mass, so I do as much as I can within writing groups, on convention committees, whenever, to spruik my writing compatriots. New Zealand has some wonderful talent that the world needs to discover.

-Lee: I’m not sure I can name a favourite final girl. When a woman survives, it’s always a bonus, isn’t it? I’d like to put a shout out for Professor Umbridge as a dark villain, though. There is something especially sinister about a pink-clad tea drinking teacher who takes pleasure in torturing children. Particularly when that villain gets her just desserts.

-Lee: Thank you for asking about my latest work. I’m thrilled to announce my newest release Into the Ashes, a stand-alone sequel to award-winning military thriller Into the Mist, and the latest title in my Taine McKenna adventure series. Here is the blurb:

No longer content to rumble in anger, the great mountain warriors of New Zealand’s central plateau, the Kāhui Tupua, are preparing again for battle. At least, that’s how the Māori elders tell it. The nation’s leaders scoff at the danger. That is; until the ground opens and all hell breaks loose. The armed forces are hastily deployed; NZDF Sergeant Taine McKenna and his section are tasked with evacuating civilians and tourists from Tongariro National Park. It is too little, too late. With earthquakes coming thick and fast and the mountains spewing rock and ash, McKenna and his men are cut off. Their only hope of rescuing the stranded civilians is to find another route out, but a busload of prison evacuees has other ideas. And, deep beneath the earth’s crust, other forces are stirring.

Praise for Into the Ashes:

“INTO THE ASHES is a kick-ass thriller with twists you will never see coming! Lee Murray serves up a nail-biter of a weird-science action adventure. Brava!” — Jonathan Maberry, New York Times best-selling author of DEEP SILENCE and V-WARS

“INTO THE ASHES hits the ground running and does not let up. A unique background, interesting characters, a dollop of horror, and a relentless, thriller pace.” — Charles R Rutledge, co-author of the Griffin and Price series.

“Murray’s INTO THE ASHES reads like a gauntlet – an action-packed adventure where death strikes from every side. A thrilling read!” — Ashley Knight, co-author of HERALD

Lee Murray is a multi-award-winning writer and editor of science fiction, fantasy and horror (Sir Julius Vogel, Australian Shadows). Her works include the Taine McKenna adventure series, and supernatural crime-noir series The Path of Ra (co-written with Dan Rabarts). She is also the editor of ten dark fiction anthologies, the latest being Hellhole: An Anthology of Subterranean Terror (Adrenalin Press). Lee lives with her family in New Zealand where she conjures up stories from her office overlooking a cow paddock.