John and Faith Mills are devout Christians who believe that the prophecies in Revelations are coming true. After a global infectious outbreak, they believe that they are both among the chosen to be saved. When she is bitten by an infected, Faith Mills begins to turn while John helplessly watches. Because of his unyielding views on religion, he will not accept that their faith and devotion will not save her. Gradually, his morality turns to evil in order to keep her body alive. 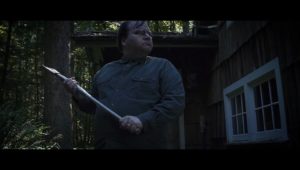 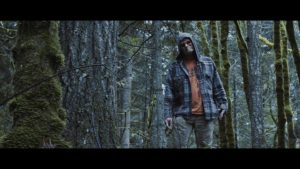 “Wow! This was an intense, disturbing and powerful film. David Neal Goodman has crafted a gripping and thought-provoking film. He doesn’t try to fill every second with talk and action. David slowly reveals the lives of the characters with a steady hand and a compelling story. The main character, Jason Whited, has created a believable and compelling character I couldn’t take my eyes off of. Bravo to the whole cast and crew!”

“From the opening of the movie to the end, you are not really sure what it is going to happen. It makes for an engaging and tense movie!! Great job by the actors and the movie score is another character in the movie!!”

“This film was unsettling and left me on the edge. Jason Whited’s portrayal of John Mills reminded me how scary subtlety can be. Will watch again.”

“The movie was intensely, suspenseful from the first scene. Just when you thought you knew what was going to happen, next, you, absolutely, didn’t. In addition, the dialogue is some of the best that I have ever seen.”

“I am not sure I took a breath through this whole movie. It kept me glued to the screen tensely waiting for what was going to happen next. VERY good movie and great actors. these people are from a local small town but they are BIG time actors. hope to see more what they do NEXT.”

Don’t hold your breath and don’t wait to watch this film!

View it today at: 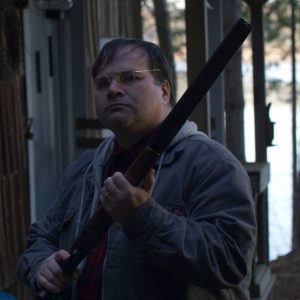 Listen to actor Jason Whited talk at “Dead Faith” in this recent interview:

Behind the Scenes Pictures: