A couple of months ago we got the pleasure of promoting author Gemma Amor’s new book ‘Cruel Works of Nature.’ With the book receiving so many positive reviews we had to know more. So now Gemma is back to give us more details about the book, how the reviews have made her feel, what’s coming next, and much more… 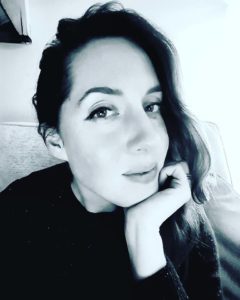 -PH: So what’s ‘Cruel Works of Nature’ about?

-Gemma: Cruel Works of Nature is a collection of stories about the natural world, and all that can go wrong with it. It deals heavily with the supernatural and the surreal, but also examines human relationships and emotions. They are all told from the first person perspective, a subtle nod to the creepypasta lore so prevalent in today’s horror community, and each story features a hand-painted illustration by me.

-PH: It seems the natural world is the common theme in these 11 stories. Why did you decide to connect the stories through nature?

-Gemma: I’ve always been fascinated by nature and the great outdoors, and spent a lot of time as a kid wandering lonely beaches, wetlands and woods. I grew up in a heavily agricultural part of Britain that is famous for its wide, grey skies and vast, flat horizons- there’s not a single hill for miles around. All of this moody scenery was extremely evocative, and being a city dweller now I often long for it. Plus, nature as an antagonist has huge potential: the weather, the flora, the fauna, pretty much everything we now seem blind to and blase about could be distorted and represented in a more sinister way. I try and blend things that appeal to me naturally with human horrors like grief, loss and other types of trauma.

-PH: Is there any specific inspiration around certain stories?

-Gemma: Pretty much every story I write has a character in it based on a real life person I know. Other stories deal with common themes that affect me personally, and I often write because I have inspired by other books or movies. ‘Foliage’ was my tribute to Van derMeer’s ‘Annihilation’, ‘It sees you when you’re sleeping’ was my nod to eighties schlock-horror movies, and ‘Black Sand’ was a love-letter to King’s ‘The Raft’. I try and write what I know- human beings- and then build the horror around them.

-PH: If readers could only read one of these stories, which one would you want them to read and why?

-Gemma: ‘Foliage’ was probably my favourite from that collection, followed closely by ‘Scuttlebug’ and ‘Girl on Fire.’ ‘Girl on Fire’ is my attempt at creating a powerful female protagonist that readers will remember- I wanted her to have mixed morality, the ability to cause great pain, and a personality you can warm to, which a lot of female characters still lack in modern day fiction in my opinion. ‘Scuttlebug’ is a post-spider-apocalypse story, and again the protagonist is one of my favourites: world weary but still rolling with the punches, which sums up my life pretty accurately. ‘Foliage’ I love for the creepy old mansion vibe, and I had a lot of fun writing it. 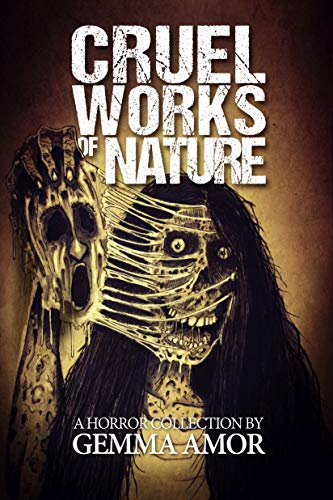 -Gemma: It feels AMAZING. I told myself I wasn’t going to read reviews, any at all, because getting approval isn’t why I write, but it has been so lovely to see the responses to it. I’ve also oddly enjoyed the not-so-good reviews, because they do make me realise where I need to improve as a writer- plot planning, continuity, phrases etc- having these things pointed out by an honest review is never a bad thing, and spurs me on for the next book. I say ‘enjoyed’- what I mean is that I sink into a black hole of profound depression for a day or two, and then learn to absorb the lesson within, rather than focus on whether someone or not enjoyed the book. But overall, this hasn’t been an issue, the reception has been warm, and there have been some amazing Reviewers and Bookstagrammers who have really supported me too, which is fantastic, and I cannot thank them enough.

-PH: What was the hardest thing about writing an anthology?

-Gemma: Actually, short story collections are much easier to write than novels for me, because each story is so contained and compact. It gives you full licence to explore an idea without spending a month planning out the story arc and tying together all the character backstories and so on. It feels more immediate, and it’s much much easier to stay focused. Plus, if you write yourself into a hole with one story, you can park it for a while and move onto the next, without it being a huge distraction. The hardest part is not getting the words down, its the obsessive editing cycles I get locked into afterwards. What sounded perfect one minute sounds tired and cliched the next- I spend far too long polishing, and yet never feel as if I have spent long enough.

-PH: Any chance you turn one of these stories into its own book?

-Gemma: There’s a very real chance that I will develop ‘Girl on Fire’ into a book. Ruby’s story has gripped me from the get-go, and she is getting a sequel in my next short story collection ‘Till the Score is Paid’. I’d also like to re-work ‘Foliage’ into a novella at some point, take some time to iron out some plot niggles, and spend more time on the history of the Lockwoods, building the mystery around Norfolk Manor. This all depends on time…of which there is never enough!

-PH: The special edition comes with full page illustrations from yourself. What can you tell us about them?

-Gemma: I paint when I’m stuck on an idea- I like to sketch and then use watercolor or acrylic to paint simple, stylized images representing each story. It helps me to focus and is very enjoyable. The images in Cruel Works represent what springs to mind in my head when talking about each story. I use a black, white and grey palette too to keep things simple (and print costs down!).

-PH: You’re heavily involved in podcasts. Can you talk a little about what podcasts you’re on, and your contributions to them?

-Gemma: Podcasting has been a recent thing for me to stumble into, but I adore working with the shows that I do. I’m a regular contributor to the NoSleep Podcast, a horror anthology show that has had more than 100 million downloads now in it’s lifetime. Hearing my stories produced so brilliantly, with amazing voice talent, effects and music, is a thrill like no other. I’ve also written for other shows that do a similar thing, such as Shadows at the Door, The Grey Rooms, and Whispers in the Night. Most of my time at the moment is taken up with the two shows I’ve created myself. The first is Calling Darkness, which I have co-created with five other women. It is a horror-comedy audio-drama that deals with six women who accidentally summon a demon, and it stars the amazing film and TV actress Kate Siegel, best known from The Haunting of Hill House, Hush, and Ouija: Origins of Evil. I also co-write the show and act in it, so it eats vast chunks of time, but is a highly rewarding process. The second is a paranormal-horror show about cowboys and monsters, called Whisper Ridge, which is still in its early stages, so I can’t reveal too much about it at the moment.

-PH: And finally why horror? When did you begin to become a fan of horror, and did you ever think you would be writing horror?

-Gemma: As a kid I devoured the insanely popular young adult ‘Point Horror’ novels, and I think my love of the genre began then. Later, as a student, I studied English Literature and the classics, including Shelley, Jackson, Carter, Stoker, and more, and realised how versatile a horror story could be. Then, when I was travelling in my mid-twenties, I came across a book stall in Delhi selling second-hand Stephen King novels, and bought Cujo for a few rupees. Ever late to the party, I was immediately hooked, and embraced commercial horror in a big way from that point on. I’ve always been a writer, from a very, very young age, but I never imagined myself as horror author per se: I just knew I needed to write, and I needed to do it every day, or I was miserable. I still need it- writing keeps me sane and grounded. There was no real vision of me in the future as anything in particular, only the act of putting words on paper each and every day. And I guess that is still the case now- I don’t really see myself as a horror writer, just someone doing what she loves, for which I am insanely grateful.

It’s important to state that I don’t write only horror, I do branch out into other genres such as speculative fiction, sci-fi and magic realism, but it’s horror first and foremost. 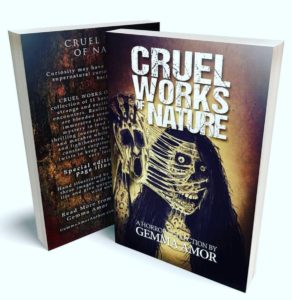 -PH: Here’s your chance to promote anything we haven’t talk about. Let us know something more about your book, other stories, podcasts, future works, or anything else you would like to mention.

-Gemma: Future works include my new paranormal mystery book ‘White Pines’, which deals with a town that suddenly disappears, taking all it’s inhabitants with it. I successfully crowdfunded enough via kickstarter to cover the costs of self-publishing, and aim to have that out in digital, paperback and audio (narrated by me) by the end of the year.

I’m also working on my second collection of short stories called ‘Till the Score is Paid’, publishing date tbc, and have two further novels in development, one called ‘Confessions’ and one called ‘Collection.’ I’ll no doubt be working on more material for NoSleep and Shadows at the Door, and have a few other projects to nibble on once I’m done with that lot!

Finally, I have a story in an upcoming anthology called ‘Other Voices, Other Tombs’ from Cemetery Gates Media. Due out this summer, it features a host of horror talent including Michael Wehunt, Ania Ahlborn, and many more. I’m excited about it. My story is called ‘Three Lanes Deep’, and is a little different to previous stories of mine.

We would like to thank Gemma Amor for taking the time to answer our questions. Hopefully she gave you a good introduction to her new book, and its many awesome stories. You can get your copy today at Amazon. For more information on Gemma, please visit https://gemmaamorauthor.com, and find her on Twitter and Facebook.

“Ankle Biters” Coming to On Demand and DVD November 16