Yes, it’s getting warm outside. But let’s get real—wouldn’t you stay inside and chill with Shudder Originals The Ranger and The Night Shifter , new episodes of The Last Drive-In with Joe Bob Briggs , and Eli Roth’s History of Horror: Uncut podcast?
Programming also available on Shudder Canada where noted.

A group of punk teens on the run from the police head to the woods, only to be terrorized by one park ranger’s brand of psychotic justice. Jenn Wexler’s bold debut is a colorful, howling slasher rejuvenation. The killer soundtrack features The Grim, the Avengers, Fang and more. (Also available on Shudder Canada and Shudder UK) 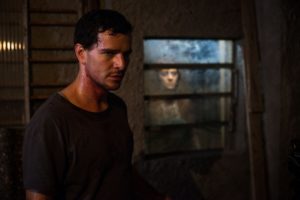 Stênio works the graveyard shift at the morgue of a vast, violent city. He toils all night, but he’s never alone for Stênio can talk to the dead. And they talk back. But when the whispers of the dead reveal secrets of his own life, Stênio unleashes a curse that brings forth danger and darkness. (Also available on Shudder Canada and Shudder UK) 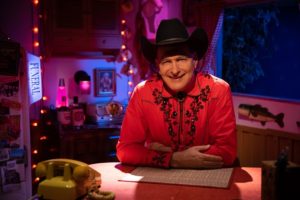 Proving once again that “the drive-in will never die,” iconic horror host and exploitation movie aficionado Joe Bob Briggs is back with four more episodes of his Shudder Original series, hosting weekly Friday night double features streaming live exclusively on Shudder. Joe Bob has already taken on films ranging from C.H.U.D. to Wolfguy. What might he and Darcy the Mail Girl have in store for May? Join the real-time conversation on Twitter with #TheLastDriveIn. ( Most titles available live on Shudder Canada; select titles also available on demand on Shudder UK)

Based on an original idea from comic book legend Stan Lee, Lucky Man tells the story of Harry Clayton (James Nesbitt), a London cop with an ancient bracelet that appears gives him control over luck itself. In this season, the mysterious bracelets draw Harry to Hong Kong and into the path of his greatest nemesis yet. ( Also available on Shudder Canada) 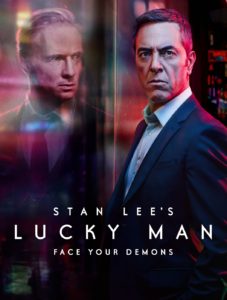 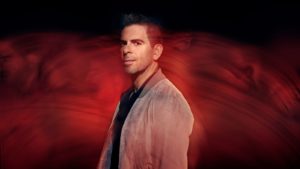 ADDITIONAL NEW MOVIES FOR MAY

The only survivor from a cult mass suicide awakens from a 13-year coma to realize that the cult leader is killing everyone around her. Starring: Jennifer Rubin, Bruce Abbott, Richard Lynch (Also available on Shudder Canada)

A 16-year-old takes up with a charming—and deadly—young man in this riveting suspense-thriller about a passionate romance that transforms into a nightmarish obsession. Starring: Reese Witherspoon, Mark Wahlberg, Alyssa Milano, William Petersen, Amy Brenneman

A Temporal Agent sent on an intricate series of time-travel journeys designed to ensure the continuation of his law enforcement career for all eternity. Starring: Ethan Hawke, Sarah Snook, Noah Taylor

From the innovative minds that brought you V/H/S comes V/H/S/2, an all-new anthology of dread, madness, and gore. Starring: Devon Brookshire, Kelsy Abbott

Unwanted, unloved and so-called “unfit” dogs rise up under a new leader, a one-time house-pet who has learned all too well from his journey through the streets that man is not always dog’s best friend. Starring: Zsófia Psotta, Sándor Zsótér, Lili Horváth, Bodie, Luke ( Also available on Shudder Canada )

In this Aussie horror comedy, three friends are kidnapped by brothers who want to turn them into fertilizer. Starring: Damon Herriman, Angus Sampson, Anna McGahan

AMC Networks’ SHUDDER is a premium streaming video service, super-serving fans of all degrees with the best selection in genre entertainment, covering horror, thrillers and the supernatural. SHUDDER’s expanding library of film, TV series, and originals is available in the US, Canada, UK, Ireland, and Germany on most streaming devices for 4.99/month or 49.99/year. To experience SHUDDER commitment-free for 7 days, visit www.shudder.com

LUSTMORD: ANATOMY OF A SERIAL BUTCHER

One thought on “May 2019 Shudder U.S. Programming Highlights”