Bad Amigo Pictures is excited to announce the release of their latest film, “Another Plan From Outer Space”, which is now available on Amazon.com. The film is a 1950’s throwback retro style movie with a twist. The plot follows 5 astronauts who are returning from a deep space mission to Mars. Their space shuttle, Genesis One, crash lands on Earth. Their hope for a rescue quickly turns into a fight for survival. 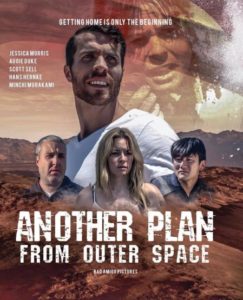