Early September 2018, director Johan Vandewoestijne, DoP Luc de Buck and actor Anton Zwijsen were wondering how to prevent middlemen from taking away revenue from their motion pictures and how to generate revenue more quickly for independent films in general, in the fast-changing landscape of film distribution. They ended up making their own Video On Demand platform for independent films and it is accessible from this very day! ThrillFlix.com brings you lots of highly entertaining movies of all genres — including classics— at a subscription cost of €6,99 per month.

One of the first things to be understood, is that a movie does not necessarily need a theatrical release. Independent films, the so-called “indies” or “indie films”, do not get a lot of opportunities anymore in the mainstream circuits dominated by the major theatrical groups such as Kinepolis or UGC. These major groups, quoted on the stock market, choose for big time blockbusters only. Small independent films do not stand a chance and because of the lack of financial means, they are not able to mount and finance a major advertising campaign. On top of that, the DVD market is in a free fall and Samsung recently decided to stop manufacturing Blu-ray players. DVD’s will probably hold out a bit longer, but certainly not as long as VHS did.

Therefore, the idea arose to examine how realistic it would be to create a Video on Demand platform. Months of preparation followed to check which video hosting provider could deliver the fastest streaming, what their terms and conditions were, how the website could be connected with the payment providers, etcetera.To gather this knowledge, Luc De Buck and Anton Zwijsen performed a gigantic task. Everyone had his specific tasks in the project. Anton was responsible for PR and Marketing, Luc for Content Management and Johan for Content Acquisition and Production. With his 38 years of experience in the movie industry, Johan knows exactly where to find both recent and classic films. He is also in charge of the production of “The ThrillFlix Show”.

At this moment, content deals have been signed with SGL Entertainment (California), Zeno Pictures (Belgium), Film and Media (Belgium), Filmchest (Connecticut), Belfilm (Belgium) and talks are in progress with Troma Inc. Filmchest is an American company where a huge amount of classics from the 1940’s to the 1980’s are being kept and restored.

Since the word is out, independent filmmakers are already offering their films to be seen on our platform. We recently made a deal with Danish filmmaker Kim Sønderholm, and signed him up for 4 films including “Tour de Force”. Talks with other companies are ongoing and filmmakers, producers and distributors are welcome to get in touch with us. ThrillFlix will also produce their own movies.

ThrillFlix offers all sorts of films, from comedies to westerns, from thrillers to classics and from horror to Sci- Fi. We will not show short films, arthouse, and extreme underground stuff.

The accessible territories at this moment are the Benelux, The French European territories including the overseas regions, the German speaking territories in Europe, Malta, Ireland, Italy, Scandinavia and the entire African continent.

On a monthly basis a film magazine titled “The ThrillFlix Show” will be broadcasted online on ThrillFlix.com and on the ThrillFlix YouTube channel. The show will be hosted by actors Ignace Paepe, Rufus Six and Sharon Slosse. 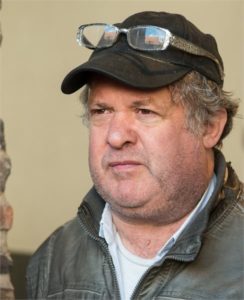 Filmmaker/Director/Producer for over 38 years
(Rabid Grannies, Engine Trouble, recently The brides and Detention amongst many others)
https://www.imdb.com/name/nm0888931 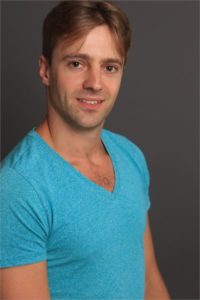 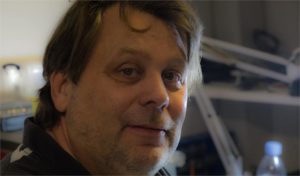 Interview with “It Lives Inside” Directors Sean Bingham and Jeff Hall

“Night at the Hotel”- Pre-Order Now – Release on September 1