NECROPOLIS: LEGION is a Gothic, hypnotic companion piece to the 1986 Empire Pictures cult film, directed and conceived by Chris Alexander (QUEEN OF BLOOD) from a script by comic writer Brockton McKinney. 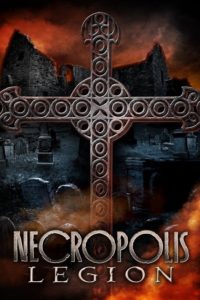 The movie stars Augie Duke (BAD GIRLS GO TO HELL) as Lisa, a writer who moves into a supposedly haunted farmhouse, where a demonic vampiric succubus named Eva (Ali Chappell) once lived. Soon, Lisa begins unraveling, having vivid, bloody dreams as the vengeful spirit of Eva slowly, surely uses her as a vessel to rebuild her cult.

NECROPOLIS: LEGION is a Full Moon Features production in association with Rabidog Films and features practical effects from Canada’s The Butcher Shop. Costume design is by Beatriz Arevalo. Alexander also will provide the original score. The feature is the second in Full Moon’s new DEADLY TEN project, which will also include the PUPPET MASTER sequel BLADE, SUBSPECIES V and WEEDJIES.

The film will be released on multiple platforms – including Full Moon Streaming and Amazon Prime -beginning November 2019.