Universal 1140 launches production on WELCOME TO SUDDEN DEATH, the sophomore feature from writer and director Dallas Jackson. Jackson’s most recent credit is Blumhouse’s urban slasher THRILLER while in the realm of television he notably served as executive producer on BET’s series Rebel with the late iconic-filmmaker John Singleton, who was a long-time friend and mentor to Jackson.

WELCOME TO SUDDEN DEATH is a reboot of the original 1995 SUDDEN DEATH directed by Peter Hyams and starring Jean-Claude Van Damme, now presented with a comedic twist. The new film will star actor and comedian Gary Owen and trained martial artist Michael Jai White, who’s diverse and ground-breaking credits include BLACK DYNAMITE, SPAWN, and most recently the American action flicks TRIPLE THREAT and A HARD WAY, as well as a recurring role on CW’s hit Arrow. 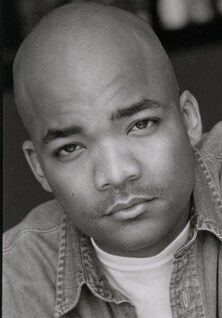 “I’m such a huge fan of martial-arts films I couldn’t pass up the opportunity to reboot this cult classic with Universal 1440,” says Jackson. “Michael Jai White and Gary Owen are both at the top of their game right now and an on-screen dream team. We’re having a blast making this movie and putting a twist on the buddy-action genre. I can’t wait for the world to see what we’re cooking!”

The film begins shooting in Winnipeg, Canada this week and is slated for release on Netflix June 2020.

Griff First is producing for Universal 1440. VP Share Stallings is overseeing for the division.

Dallas Jackson is repped by Josh Kesselman at Thruline Entertainment, APA, and attorney Darren Trattner. White is repped by Gersh and Zero Gravity Management, and Owen by UTA and 723 Productions.

THE DRY Available on DVD & Blu-Ray on January 18