The Return of the Näcken: A Macabre Otherworldly Experience!

Imagine a morbid Lynchian Oz meets a psychedelic Hammer Horror film sprinkled with a dash of Ken Russell, H.P. Lovecraft, Clive Barker, and Jim Henson on acid; then throw in a water beast, some seductive witches, plus the morbid mind of Cassandra Sechler & Craig Jacobson at Dreams For Dead Cats Productions, and you’ll have The Return of the Nacken. 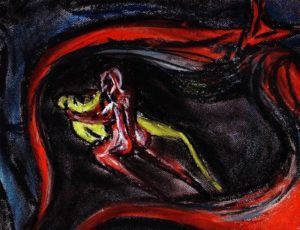 The Return of the Nacken is a new gothic tale of terror from Dreams For Dead Cats Productions (known for their sci-fi cyber horror films Elliot and Wireboy) that is sure to melt both your mind and your heart. The film focuses on the pains of being an immortal creature and follows the lonely life cycle of this enchanted mate-hungry water demon on her quest for human souls and the corruption of the innocent. The tale is inspired by various mythological tales (like that of the Näcken) and delves heavily into superstition, mystery, desire, death, and the unknown. Production for the film is set to begin this fall and continue through the spring of 2020. The film is sure to be a macabre and otherworldly experience all of us horror fans have been waiting for. Check out the first teaser!

The film is still funding on IndieGoGo through InDemand, so this means that fans can still get in on the perks as well as help the filmmakers raise additional funds to help make the film as wild and gory as possible. So take a look and support underground horror! Trust me, the perks in this campaign are insanely cool, so do hop on this while you can!