From “the Depraved Mind of Eric Kapitan”… 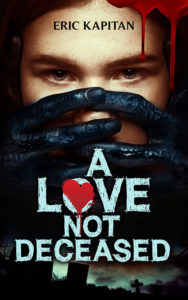 Maggie knows how to grieve. She’s done it so often, but now after so many losses, she’s ready for a happily ever after. Unfortunately for her, what she wants and what life has in store for her are two very different scenarios.

Follow this dark, twisty romance that will make your toes curl and your heart stop! Discover where the lines blur between love, loss, and lust.
She loves him. She loves him not. She loves him so much; she can’t let go.

“If you’re looking for some honest to goodness depravity, barrier crossing of certain sexual taboos, and in your face, no apologies kinda horror, look no further than the depraved mind of Eric Kapitan in his upcoming novella “A Love Not Deceased.””

“An eclectic mix of romance, sex, murder, and overall weirdness. The story has a bit of everything, done to the right amount. The sex isn’t too graphic, the gore isn’t over the top, every part fits together. It’s a strange romance that will appeal to a non-romantic horror fan.”

And don’t miss this video review by Erin Megan 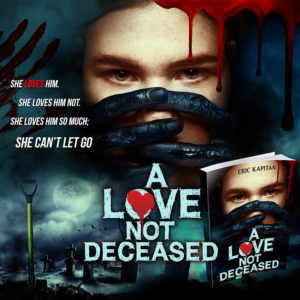 Get a head start on this must read book by pre-ordering today at:

While you wait for that amazing upcoming release, try this popular title from Eric Kapitan… 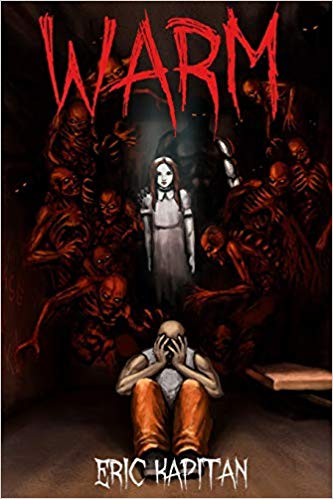 Only a truly broken soul can be possessed by the ruler of hell. Unfortunately for Adam, every second of his life has molded him into the perfect host. Adam is a killer. There’s no getting around that. The state doesn’t care that he was a child of abuse, that he was beaten near daily by a father who never wanted him. They don’t care that he truly wants to change, more than he’s ever wanted anything. For his crimes, Adam won’t see the sun until the day he’s dead and buried. Deep below Adam’s restless heart, the king of hell has a new name, and he’s desperate to prove himself worthy. In his previous life, Timothy was a serial killer haunted by an all-consuming obsession with death and destruction. Now that he’s dead, he’s determined to rise through the ranks and earn a power like no other. As the king of hell, he’ll be able to re-enter the human world at last—and then tear it down, piece by bloody piece. But for that, he needs a soul just as corrupt as he is. And Adam is ripe for the taking. Warm by Eric Kapitan is a dark fairy tale of disturbing proportions, a gory tale of revenge that will keep readers up all night, haunted by the horrors within.

“Excellent read! Brutal Horror that keeps you interested cover to cover! The ending puts your imagination to the test…”

“A rather strange tale of gruesome discovery into hell. In this book all the characters left an impression on me. In fact I found it fantasizing how the author got all the characters to intertwine throughout out the book. The story is very dark and twisted. Any readers who like their horror books clean cut this is not for you. Even though the story is very dark in places it has loads of human nature and behavior and this author doesn’t do this to shock his readers, he loves the thrill of having the audience left with an impression of horror. Whether it’s good or bad, I have dove into the very bottom of hell with this and have come to the conclusion it’s very dark and twisted but it’s well written by the author. He grabs a hold of the reader and refuses to let them go.”

“It was really good, it reminded me of the darker parts of Stephen King novels…” 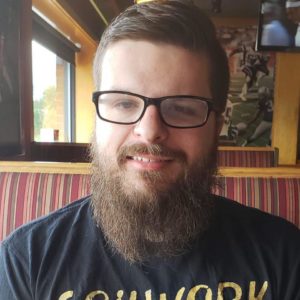 Eric Kapitan is a horror author by dawn and by dusk. During those nightly hours when kids should be fast asleep, he used to sneak into his living room to watch horror classics like “Halloween”. Before he knew it, he decided to become a storyteller himself. Never a fan of boxes, his chilling stories go beyond giving his readers a good scare; they provoke deep thoughts and teleport each reader to macabre realms where anything is possible—especially inexplicable things of a haunting caliber. When he isn’t penning nightmarish scenes, Eric is probably either downing an ice-cold beer, at a horror con, or spending quality time with his loved ones.