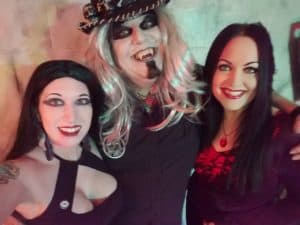 Deadgar’s Dark Coffin Classics is a Horror/Comedy Television Show that has been airing in Wisconsin for about 6 years and now is being viewed in different parts of the country. The show is Hosted by Deadgar Winter, Celeste Parker, and Maleva Ravic. We bring a new way of hosting old horror movies and Sci Fy by bringing on Rock Bands, Celebrity Guests, Authors, Artists and local businesses. We also show Independent horror films. We are Deadgar’s Dark Coffin Classics. https://www.facebook.com/DeadgarsDarkCoffinClassics/

Ron Fitzgerald, Master of the Dark Realm, is an Actor, Gothic Illusionist and Host for dark, sticky fun! Fitzgerald has appeared as an actor in the feature films “The Item”, “The Thirsting”, “Blood Gnome”, “MAGUS”, Arkham Sanitarium: Soul Eater and his own movie “Dark Realm” ,as well as others, with more on the way. Fitzgerald has also portraying Dracula in the campy “Dracula’s Orgy of the Damned” and is the voice of the creature in the Horror movie “BIO SLIME” (Formerly Contagion). Ron has co-written, co-produced and stars in his own film “DARK REALM” which is an award-winning, artistic blend of his stage show of Gothic Illusons and a Horror film narritive!
http://fitzgeraldsrealm.com/ 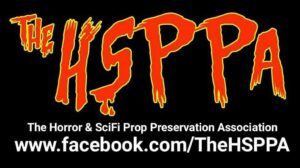 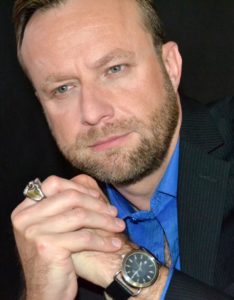 Outside of horror, you’ll find guests like “Mike and Holly” from Land of the Lost, artist Frank Fosco, famous Chicago athletes like Booby Hull, and pinup girl Lila Lucy. Of course there will be plenty of events going on when you’re not meeting guests. There will be panels, Q & A’s, and lots of shopping to do! 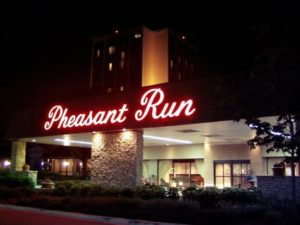