“Where the Truth Lies.” 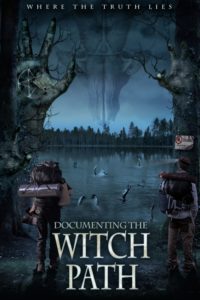 Inspired by actual events, this film follows three young documentary filmmakers, (Nathaniel P. Erlandsson, Robin Franzen and Carl Sundstrom). Together, they discover a path in the woods, which leads to a lake known as Witch Lake. Accused of witchcraft during the 17th century, many innocent men, women and children were drowned in this now infamous lake. With the entrance to the path covered and the lake closed to the public, the filmmakers venture into the woods in search of a horrifying truth.

The film has won a number of awards. Written and directed by Sundstrom and produced by Simon Tuomisto, the film has won Best Documentary Feature at both the Bloody Horror International Film Festival and the Independent Horror Movie Awards. John Lepper, Adam Whitton, Chase Whitton and Sundstrom executive produced the feature. 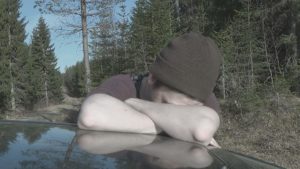 TERROR FILMS has set an initial release date for Friday, October 11th. The platform roll out will occur over several months and include: Google Play, POV Horror, Xbox, Prime Video, Vudu, Tubi TV, Roku and many others.