Compression is a high octane, true crime novel. A mixture of autobiography wish fulfilment and twisted fantasy. The story unfolds over the space of 24 hours and sums up the spirit of the punk movement in a fictional novel. 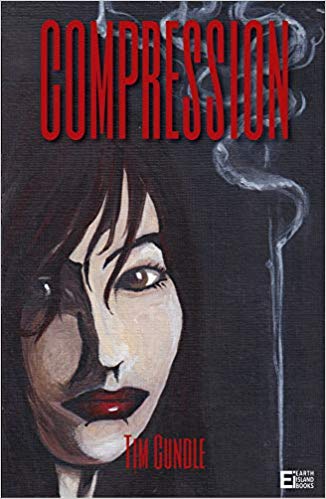 Compression tells the story of Flanagan, a man who, having cracked the music biz with the punk band he started while at school, returns to his old school reunion in the small town he grew up in. However, returning to his old stamping ground brings back a lot of memories, many of them disturbing, and some pertaining to his part in the death of a homeless man. Things get really complicated when it transpires that the police investigation has just re-opened…

‘Written with tremendous feeling, and the anger of the author reaches out to grab the reader by the throat and doesn’t let go’.
Ian Glasper, Terrorizer Magazine

‘…a definite way with words. I’d recommend you seek this out’.
Virginia Black, Rock Sound Magazine

‘Compression is a riveting and original read, just the right size to fit into a Christmas stocking for the be-mohawked one in your life’.
Eddie Thomas, Caught in The Crossfire

‘I found myself absorbed after the first few pages and it’s a solid piece of work’.

Tim Cundle stumbled into the punk scene sometime in the mid 1980s and his life has never been the same since. Having worked as a riflery instructor and drug counsellor and studied both English Literature and Behavioural Science at University, he decided his career lay down a different path and, having written for the local newspaper since he was fifteen, did what most aspiring writers do. He became a journalist.

Currently the editor of Mass Movement Magazine, he has also contributed to, and written for, Doctor Who Magazine, Big Cheese, Fracture and many other publications.

After singing with two Hardcore bands, Charlies Family Crisis and AxTxOxTx, he now considers that chapter of his life to be closed and the chances of him playing with another band are slim to non-existent.

Tim lives in a small, sleepy Welsh village with his wife Emma and…