You Can’t Escape His Wrath… 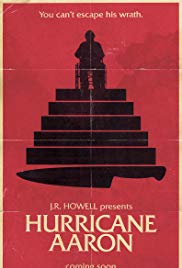 Brothers Aaron and Cory share a shameful secret—a secret worth killing for. When Army vet and convicted murderer is released early from prison, he seeks to re-establish contact with his brother, Cory. But when Cory’s devoutly religious fiancée, Cass discovers that the brothers’ bond is closer than it should be, her efforts to pull them apart threaten to unravel them all in this mind-bending psychosexual thriller. 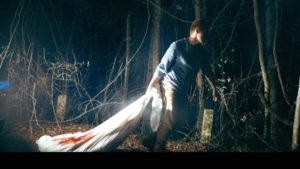 In part of his director’s statement, J.R. Howell says, “In September 2016, Hurricane Hermine flew from the Gulf of Mexico to the Atlantic Ocean, displacing thousands of people, leaving hundreds of thousands without power, and causing millions in property damage. At my farmhouse in the Florida panhandle, I was directly in its path. That night, I began to write HURRICANE AARON, a mind-bending psychosexual thriller involving two homicidal incestuous brothers who end up trapped together in an otherwise evacuated town during a hurricane.”

A major component of the film is its sound design. One of the film’s major characters is a hurricane, an all-encompassing act of God that threatens an entire town. The majority of that character was created with innovative sound design using advanced 3D sound editing features and binaural sound. With these techniques, wind gushes fly from behind the audience, overhead, to in front and away, as the sounds of other phenomena, objects, or actions move throughout the theater creating a dynamic sound environment. 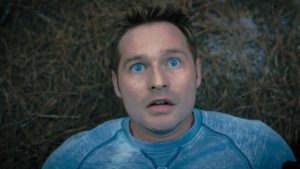 Witness J.R. Howell, Michael Bonini, Carolyn Laws, and Chad Darnell in the World Premiere of Hurricane Aaron at the FEARnyc, the largest horror film festival in NYC. Oct. 28 at 8:30PM. 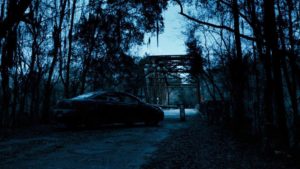