Holiday Horror Con (part of the Chicago PopCulture Convention) is a horror & pop culture fan convention that gathers the community of fans from various forms of horror including horror cinema, goth lifestyle, and occasionally science fiction and fantasy.

Horror is an ancient art form. We have tried to terrify each other with tales which trigger the less logical parts of our imaginations for as long as we’ve told stories. From the ballads of the ancient world to modern urban myths, audiences willingly offer themselves up to sadistic storytellers to be scared witless, and they are happy to pay for privilege. 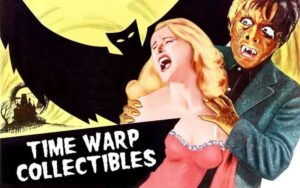 We do family photos with our hand crafted monsters. One photo for $15 Or 2 for $20. Prints out immediately on professional high gloss vinyl. 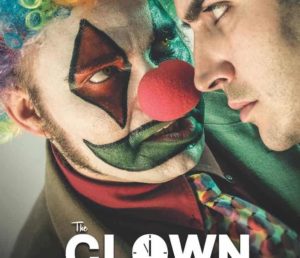 Cheevies Film Productions was formed in 2002 by Derek Braasch (a graduate of Columbia College, Chicago) who, after working on several projects and productions in various roles, decided he wanted to focus on his own films and projects.

Claire was born in Worcester, England, and is a professional writer, actress, and director. She can be seen in various episodes of the TV series ‘The Exorcist’ as a Nun. Her production company, Bloody Brit Productions, has made such movies as: ‘Hobo With a Trash Can’, ‘Director’s Cut’, ‘Conscience’ & ‘Visitation’. She is also a published poet, her latest release is a dark themed compilation called ‘LOVE is a KILLER’.

Housewife of Horror is an Illinois Horror Host. She, along with her Husband, Mister of Horror, brings new life and adventure to the genre of Horror Hosting with their unique Glamour and Retro Charm. You can watch Classic Films with them in their Boo-doir, be entertained by their Special Guests at Household of Horror, and travel with them to Local Haunts. 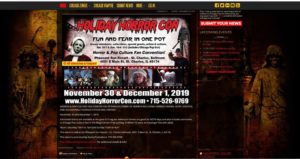