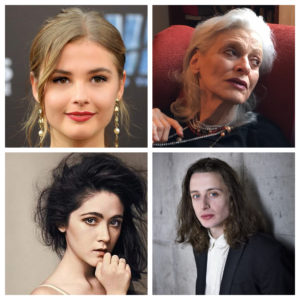 Scott is represented by Gersh and Medavoy, Fuhrman by UTA and Gang Tyre, Roberts by Leading Artists. Culkin by Paradigm and Brookside Artist Management.

OFFICIAL SYNOPSIS: Winter, 1843. A darkly strict religious family inhabits an isolated farmhouse. One ill-omened morning, Mary, the youngest daughter, discovers her Grandmother – Constance – dead, covered in blood. A day like any other turns into a day of murder and mourning. Thirty-six hours later, Mary sits in a grim detention room, her clothes stained in blood, and her eyes covered with a black cloth. The town’s constable dives into her past, unearthing horrors forgotten for Millennia: what happened at the farm during the Grandmother’s funeral?