Based on the legend of the Tokoloshe, an urban myth that has terrified Africa in a similar way Americans fear the Boogeyman; the Tokoloshe is a sinister creature that haunts people’s dreams and possesses them to commit evil acts. 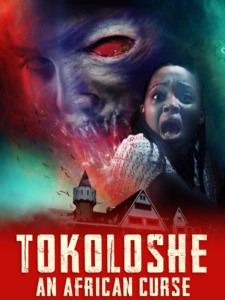 The film’s synopsis: A novelist pressured for a new hit travels with his family to an abandoned hotel in South Africa, unaware that it’s haunted by a demon known as the Tokoloshe. When the writer becomes possessed and begins terrorizing his family, a young woman experiencing supernatural visions linked to the hotel sets out to help the family and defeat the African boogeyman: the Tokoloshe.

Applications For The London Horror Festival 2018 Are Currently Open