Chad Werner usually gravitates towards comedy so it’ll be interesting to see how people react to the filmmaker’s newest project, a straight-up scary flick called A PERFECT HOST (out Feb 4 from Uncork’d Entertainment). 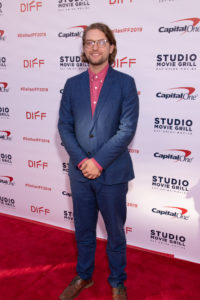 -PH: How does A Perfect Host differ from some of the other films you’ve done?

-Chad: My typical fare is comedy, so this being an earnest attempt at horror/thriller it’s a departure. I think there is a tongue and cheek quality to it, however, that I feel is pretty standard of my past work. I had a lot of fun playing within the rules and standards of the genre, but getting to stamp in a style that I enjoy watching. I like when directors weave their style throughout films while still serving the story in front of them. When done right, those are my favorite movies.

-PH: Did you come up with the concept?

-Chad: I did, it was originally a sketch that I pitched my comedy troupe at the time about a couple signing up for a work out class that ends up being in this Norman-Bates-type guy’s basement. They deemed it a little two dark rightfully so.

My brother also told me about a trip where they stayed at an Airbnb and the host would not leave them alone, not in a creepy way, just a pest. So combining these concepts, I developed the idea with my friend Emily (she plays Becca in the film) and we came up with the bones of the story together. 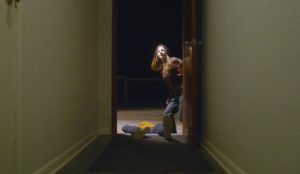 -PH: Is it fair to say the film is a throwback to some of the more complex psychological thrillers of the ‘90s?

-Chad: Hmm… there are definitely some Misery elements in there. I also think you can’t make a modern-day thriller without being influenced by The Silence of the Lambs in one way or another. Aesthetically, we aimed to have this feel like a throwback for sure.

-PH: Any films in particular influence your script?

-Chad: I knew I wanted to make a contained thriller, so I studied recent one-location thrillers: Hush, Get Out, and Creep 1 & 2 – mainly just for structure and how they tackled creative challenges of low-budget one-location filmmaking. 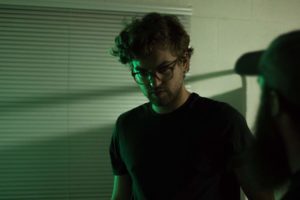 -Chad: We are wrapping up post-production for a coming-of-age comedy that I produced and acted in. I’m directing a TV pilot in the spring. And my next feature is a crime-comedy set in a fictional Texas town that we’re aiming to shoot later this year.