Independent horror filmmaker Chad Ferrin (Parasites, The Ghouls, Someone’s Knocking at the Door) has debuted the first photos from his eighth film The Deep Ones, a Lovecraftian take on Rosemary’s Baby. A married couple rents a beachside dream home, only to be surrounded by peculiar neighbors and bizarre occurrences. They soon discover they are in the crosshairs of a mysterious cult and their ancient sea god. 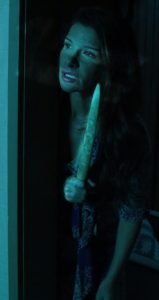 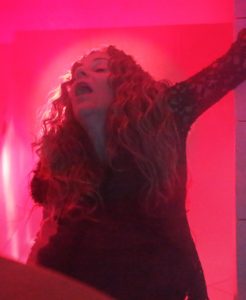 “H.P. Lovecraft must be smiling down on us,” Ferrin shared, “as this has been the most blessed film experience of my 25 years of doing what I love. And I thank the cast and crew from the bottom of my heart for going above and beyond all expectations.” 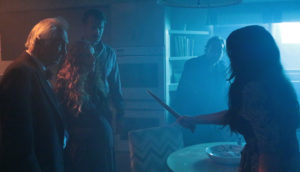 After suffering an untimely loss, Alex (La Piana) and her husband Petri (Urb) visit California for a much-needed break from reality. At an unassuming rental, they meet the mysterious Russell Marsh (Miano). Marsh introduces them to the oddly enthusiastic locals, fixes them a lavish meal and invites them out on his luxury boat. Little do they know that beneath Mr. Marsh’s thin veneer of avuncular charm lurks a dark devotion to an archaic evil. A wickedly warped twist on the classic Cthulhu mythos, The Deep Ones is what it looks like when Rosemary’s Baby undergoes the Innsmouth Transformation.

Out Now! “Shark Encounters of the Third Kind” – On Demand From Wild Eye Releasing