Below find out how you can win an admit-two pass to see an advance screening of Universal Pictures’ “THE INVISIBLE MAN” on Wednesday, Feb. 26th at AMC Elmwood Palace 20, Harahan, LA at 7:00pm! 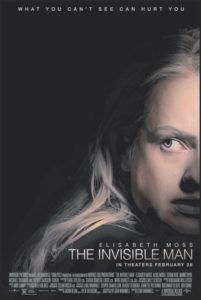 -Enter by emailing us at HorrO@PromoteHorror.com. Please use “The Invisible Man New Orleans” in the subject line.

One thought on ““The Invisible Man” Advance Screening in New Orleans”