Life Is What The Dead Dream Of…

Not everyone belongs. Not everyone knows where they should be. The world pushes us but not always in the right direction. Sometimes we end up where we don’t want to go. Where we can’t trust what we see or believe what we feel.

When the company’s producer is murdered, Gabriela follows a trail of ghosts and demons into hidden underground tunnels where she must stop an ancient ritual to raise the dead before the entire town is destroyed. Before the world she clings to slips through her fingers. Before her only choice is to turn back and risk losing all that she loves forever. 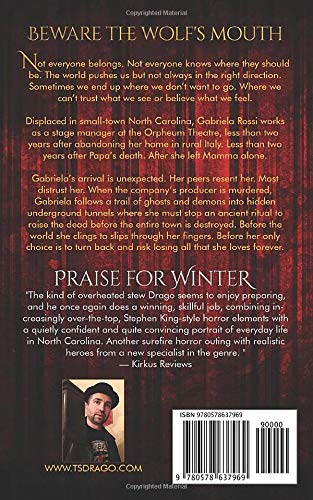 “In Goat Song, Thomas Drago takes us backstage of Crow Creek’s very own theater, only to unleash hell on its cast and production team…The story itself is excellent. It’s packed with action and creepy things. Drago has one heck of an imagination, he literally brought down the “house”. 5 out of 5 stars!”

Don’t miss out on your chance to read some spine-tingling horror!!!

And then consider checking out… 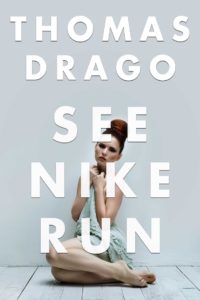 We all pretend to be somebody we’re not. In our real lives. Online. Everywhere. We create identities and hide behind them. Sometimes because we want to. Most times because we have no choice.

When Nike, an Instagram fetish model, returns home from a weekend trip to the Florida Keys, she finds herself haunted by the insidious Mr. Silk, who believes she devised an online scam to steal his money. Caught in a web of illusion and deceit, Nike solicits help from Seth, a married college professor who spoils her with gifts despite his wife’s growing concern over the strength and fate of their marriage. Their unconventional love triangle, shaped by the forces of good and evil, reveals the constant need to reimagine ourselves in a world where individuals are easily manipulated and lies become the truth. 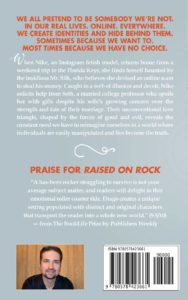 “Drago nails it in this fun, flirty thriller. The characters are authentic and the plot is engaging. From unique relationships through the unraveling of distorted reality, this read leaves you sitting on the edge of your seat until the very end. Highly recommend!”

“See Nike Run is an extremely enjoyable and thrilling read. Drago, once again, creates characters that are believable and easy to connect with. I’d highly recommend this novel to anyone seeking a work that’s intense, provocative and suspenseful!”

Just do it…get your copy today at:

Nestled along the shores of North Carolina’s Haw River, Crow Creek has its problems—most tragically, several suicides in recent years. Sad, of course, but such things happen. If Pastor Aken didn’t insist on maintaining candlelight vigils for the dead, most of the town wouldn’t think much about the suicides anymore. Sheriff Brad Gleason keeps looking for a connection between the deaths, but that’s to be expected—one of the victims was his own daughter, and he’s still trying to make sense of her death.

When a sinkhole swallows a car, people, and businesses on King Street, Crow Creek soon discovers the charismatic pastor has a sinister link to the suicides. Sheriff Gleason and a small band of friends find themselves pitted against an unexpected evil and its hellish offspring, even as they struggle to maintain their faith in the face of tragedy.

“Thomas Drago’s Crow Creek is an impressive debut from a promising new author. The influence of Stephen King is clear, as Crow Creek has much of the flavor of ‘Salems Lot.’ There is also a sense of Lake Wobegon, and “the little town that time forgot, and the decades cannot improve”, sprinkled throughout the work, both in the dialect and the descriptions of the town itself. There’s much more to Crow Creek than meets the eye, and Drago only reveals what is necessary to tell this tale, leaving the reader wanting to know more about a little town with an evil history. Mr. Drago has a voice worth hearing in the horror genre. I look forward to future reads.”

“Thomas Drago’s first novel was a joy to read. I loved how he kept the action moving along and intrigued me with the creepy storyline. Very well developed sympathetic characters and frightening evil-doers make you really care about how the book will end. I recommend this for anyone who enjoys horror/supernatural/mystery stories similar to Steven King or Peter Straub.” 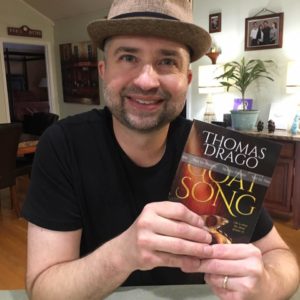 Thomas Drago is the author of Goat Song, See Nike Run, Raised on Rock, and the Crow Creek series. He teaches drama and English in North Carolina. He attended Northern Arizona University. He has published poems, song lyrics, and short stories, appearing most recently in The Explorer, a local literary magazine. He’s a member of the Horror Writers Association, the American Theatre Group, and the American Film Institute. 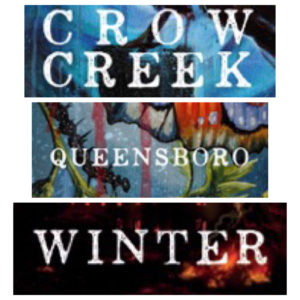 -Find out more about his books

-Check out his stage credits

-Read his blog and interviews