As reported by Deadline… 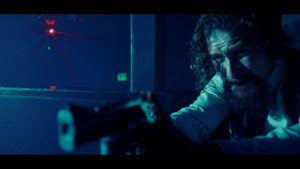 EFM: Epic Pictures Group has acquired US distribution rights for the Fantastic Fest breakout comedy-thriller BUTT BOY from director and co-writer Tyler Cornack, which debuted last Fall at Austin’s celebrated genre festival to critical and audience acclaim. The film is set to release April 3rd with support from Alamo Drafthouses nationwide. “BUTT BOY embodies the rogue spirit of independent filmmaking and does not fit a conventional mold,” says Epic Pictures Group CEO Patrick Ewald. “It is fresh, inventive, and fearless storytelling and is the kind of visionary film Epic can get behind.”

The preternatural comedy follows newly sober detective Russell Fox (Tyler Rice) who meets his sponsor, Chip Gutchel (Cornack, stepping out from behind the camera), and whose investigation of a missing child leads him to suspect that the other man may be connected. He begins to realize that Chip’s addiction may not be to alcohol, but to something much more sinister and shocking, and that Chip may have a power that makes animals, objects, and humans disappear… in his butt.

Cornack and Rice currently collaborate on the popular Tiny Cinema online channel, which Cornack co-created with BUTT BOY producers Bill Morean and Ryan Koch, who also co-wrote the film’s script. It was their work together on Tiny Cinema that inspired the concept for the absurdist mystery feature, with Cornack adding in response to the acquisition, “When it is all said and done, we could not be more excited to share this film with the world. It’s a weird, twisted, and funny ride, that never apologizes for anything.” 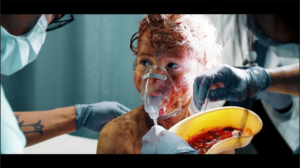 BUTT BOY is a genre-defying thriller that tackles hard-hitting themes like addiction and toxic masculinity while presenting them in an out-of-this-world reality set to shock and entertain — and boldly succeeds at both.

Cornack and Koch share writing credits while Koch produced and Morean co-produced. The film stars Rice, Cornack and Shelby Dash as Anne Gutchell. Tiny Cinema and its filmmakers are repped by Gersh and Plain Text.

Epic Picture Group has planned an April theatrical, digital, and home video release for BUTT BOY in the US.