We got to speak with many great women in horror during Women in Horror Month including Sarah England. Luckily we got to do a follow up interview with her to dive a little deeper into her writing. So please take a few moments to read this interview, and learn more about how she started writing, her very dark books, and much more… 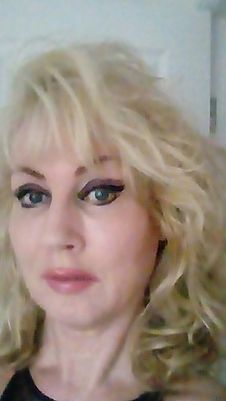 -PH: So lets start with why horror? What’s it about horror that you love?

-Sarah: I never deliberately started out to write horror, but looking back I did have a fascination for all things supernatural and unexplained. As a teen I veered towards horror movies and avidly read Stephen King and James Herbert. However, it was after I finished working as a medical rep and started to write for magazines, that I realised my work was tipping towards the ‘atmospheric and spooky.’ So in answer to what it is that I love about horror, I’d say curiosity about the unknown, the thrill of what is out there in the darkness… I am not into gore or bloodshed – the horror that excites me is purely occult.

-PH: When did you decide to start writing horror, and what motivated you write horror as opposed to something else?

-Sarah: I had been writing for magazines and newspapers for a few years (short stories and articles) when I met a lady who had what used to be called multiple personality disorder – she was a friend of a friend – and it was due to ritual satanic abuse. At the time I found her symptoms and her story very disturbing, and as I had worked as a nurse and been in pyschiatry for 20 years or so, I got out my old text books, then began to research demonic possession, exorcisms and satanic rituals. I was not only gripped by the subject but had some extremely strange supernatural experiences of my own. From then on this was my subject!

-PH: ‘Father of Lies‘ was your first horror book. What’s that about, and where did the idea for it come from?

-Sarah: The whole concept just streamed into me. It didn’t even start as an idea. As said above, I met someone who had suffered ritual satanic abuse as a child and her story prompted me to do a lot of research. Ruby, who features in Father of Lies, is based on a real story and real case histories. I told it from a perspective I was familiar with – ie we start with a very disturbed girl in a secure unit, who is too ill to tell her own story. The medical staff try hypnosis as a last resort but then find they too are badly affected. At the core of this, though, is an isolated village locked into centuries of evil practice. I have to say that although I set this in northern England, there are places like this which do exist and this kind of thing does happen, and I think that fact is what truly inspired me to write Father of Lies. 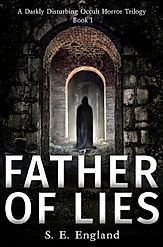 -PH: After releasing ‘Father of Lies’ how quickly did you decide to move on to writing your second book?

-PH: And eventually ‘Father of Lies’ became a trilogy. Was it originally planned that way?

-PH: Let’s fast-forward to one of your most recent books, ‘Monkspike: You Are Not Forgiven.’ What’s that about?

-Sarah: As I worked through other books, I became more and more aware of other aspects of the occult, ones I had never previously considered. I had just moved to the Forest of Dean in south west England on the Welsh borders, and Monkspike evolved from two things – one was the fascinating history of the forest and the sheer number of monasteries here, and the other was research into spirit attachment and non-religous exorcisms. So Monkspike is the story of a terrible massacre that happened during King Stephen’s reign in the 12th century. This was a very lawless and violent time, but the monks were protected from starvation, filth and disease, by the Vatican – and nor did they have to pay any taxes. People were starving and there was serious resentment building towards the monasteries and the church. Monkspike is told via a spirit release therapist who notices just how dark and brooding the forest village is… and when a local girl begins to practice satanism the darkness channels through…There are some scenes in this which seriously freak people out, including me. 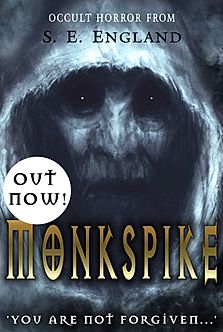 -PH: Lots of your stories can be described as dark, and occult. How did that come to be, and how have you mastered that?

-Sarah: Well, thank you. I was always searching for books that told me something about the occult and how it worked, how it affected people, if the movies were true… (The Exorcist etc)… but the only way I could get this information was in non-fiction books, and these were often complicated and difficult to wade through. So it’s been through a tremendous amount of research, which is ongoing and never-ending. I am genuinely fascinated by the subject and also have a 25 year background altogether in medicine and psychiatry, so that is how I come to have the knowledge. But as said, it is ongoing. At the moment I am deep into the gnostic gospels and the archons! I should also add that I spent around 7 years writing short stories and articles and serials – I learned the hard way how to develop stories and edit my own work, although I do have an editor and proofreader at the final stage. However, it has been the best part of 16 years now – writing, reading, researching… there are no short cuts.

-PH: I said ‘mastered’ because overall your books have gotten great reviews. How does it feel to have your work so well received?

-Sarah: I have been heartened and inspired by the good reviews, and never more so than by survivors of satanic abuse, who had always been told they were making it up or over-reacting, that it didn’t happen. It can be very isolating to experience the darkness of psychic attack and not be believed, to be told you are mentally unwell. I cover the fine line between mental ill health and the occult in most of my books. It is something believed only when you are personally attacked, or you treat this as a medic…and most of the people abused will be children or those disenfranchised, alone in the world. So I have done my best and I believe whole-heartedly in what I do. There have also been some appalling reviews by people who really hate what I do, and those have at times made me want to give up. I have come close and still do at times because I only just about make ends meet. But those great reviews – well, they make it all worth it.

-PH: Has writing become any easier for you as you move from book to book? Has anything changed about your style or process?

-Sarah: Would you believe the answer to this is, no? I find it incredibly difficult, every single time. The scenes evolve in my head like streaming… and only come to me in tiny glimpses. Once I have the first draft down it gets easier as that is when the sculpting and prose-refining begins, but the actual storyline.. aaargh… so so difficult… In terms of style, well I remain heavily influenced by M R James and James Herbert for spooky, creepy prose, but as time goes on I am also drawing more and more from classic poetry such as Yeats. I love the beauty of words and try to incorporate more poetic prose, and to write more concisely as time goes on. Also the endings… although I love to leave plenty of room for reader-interpretation, some feedback suggests people like things to be consolidated more clearly, so I am trying to address that.

-PH: Going back to the darkness of your books, what would you say is your darkest book to date? For a first time reader of your work, would that be one you recommend a new reader of yours starts with?

-Sarah: Personally I’d say Monkspike is the darkest to date. But that said, I would recommend starting with Father of Lies because most people find the trilogy the most unsettling and disturbing, and it begins with demonic possession, which most people are familiar with.

-PH: And now you’re getting ready to release a new book soon. What can you tell us about it, and when fans will be able to read it?

-Sarah: Yes, Book 8 is currently on second draft and a pre-order date will be released soon on amazon. It is called Baba Lenka and is set between England and Germany. This covers Satanic worship and Slavic witchcraft, and has given me more nightmares than all the others put together. My research has been extensive and complex. The release is scheduled for June this year, and I’ll put out a newsletter and blog once the pre-order is up in a couple of weeks time. 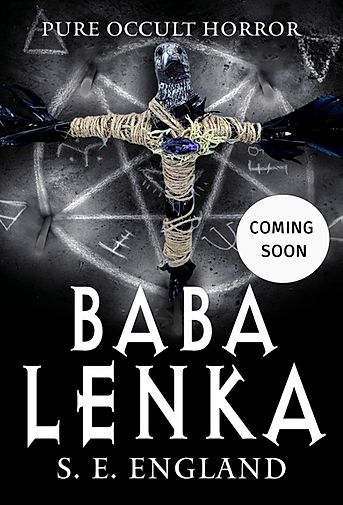 -PH: Here’s your chance to promote anything we haven’t talk about. Let us know something more about any of your books, future titles, where to find your work, or anything else you would like to mention.

-Sarah: I think the only book we haven’t covered is Hidden Company. This is set in an Victorian asylum in a remote part of rural Wales. Most people have heard of changelings, and in Wales they are called crimbils. Alas, the superstition and a certain medical condition become intertwined, and in the psychotic mind of a young woman admitted for the murder of her child, a darkly shocking story is told.

Also, the last four novels have been contributed to by my good friend Raven Wood, a traditional witch based in Wisconsin, North America. For this one she helped me with the fae and necromancy. In previous books, notably The Owlmen and The Soprano, she provided authentic Latin hexes and all the information on rites, rituals, astrology and herbs… I cannot thank her enough. In addition to that, some readers may notice the covers of Hidden Company and Monkspike in particular? The cover of Hidden Company is one of US artist Scott Radke’s sculptures, a little witch he allowed me to use. And the cover of Monkspike was drawn by David Romero, a US horror illustrator. And.. ta-da…. Baba Lenka’s cover is one of Raven Wood’s handmade witch poppets. I guess I love all things artistic and hope/try to produce something readers will like. Thank you so very much for interviewing me. I appreciate it enormously and hope one or two people wll try my work. THANK YOU.

We would like to thank Sarah for taking the time to answer our questions. As you can see she has several dark books to pick from so hopefully you’ll give some of them a read. And don’t forget to stay tuned for her all new book coming soon.