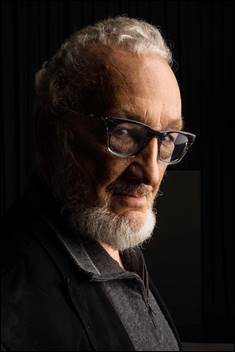 Hidden away in the dark shadows of our nation’s history are tales so terrifying, they must be true. Now, veteran actor and legendary horror movie icon Robert Englund (Freddy Krueger of the “A Nightmare on Elm Street” franchise) scours news reports of yesteryear to bring viewers twisted tales ripped straight from the headlines in “True Terror with Robert Englund.” In each episode, Englund uses his ominous tones and creepy charisma to masterfully weave together a trilogy of spine-tingling tales, guided by newspaper accounts and layered with commentary from historians and experts that prove that truth is always stranger than fiction. From flying monsters to creatures in the night, to evil possessions and hauntings, these twisted tales will leave viewers wishing the stories really were only in their dreams. The six-part series “True Terror with Robert Englund” begins on Wednesday, March 18 at 10 p.m. ET/PT on Travel Channel.

In his own words Robert Englund describes his new series, “I look at True Terror as a kind of formula comfort food from the dark side. You know, it’s sort of equal parts Rod Serling Twilight Zone with some of the aspects of that great Robert Stack series, Unsolved Mysteries, you know, and then, just a dash of Dateline. I think it sort of has the–I like the comfort food aspect that it has this structure and this formula that we recap, and we have the three segments per episode. And it’s something you can tune into and learn something dark from the sort of underbelly of the American psyche. But, all of the stories began as journalism. They began as newspaper articles. And that’s what I think distinguishes it from, you know, two guys, you know, in a Louisiana swamp seeing a UFO. I think, for me, what drew me to it, I would say, is the challenge of being an on host camera personalist or an aspect of my personality, of Robert Englund, with all the baggage that I bring from horror movies and then blending that into the narration, which I’m also responsible for and trying to find at what point to make it conversational to the viewer and at what point to make it a little theatrical perhaps.”

And why bring Robert Englund on board. Well because who else can take us to the dark side… “Well, I think the reason I’m on this show is because we definitely defer to the dark side. And I bring a lot of baggage, you know, being a horror, science fiction, and fantasy genre actor, you know, not only movies, but television and games, things like that. So, that’s why I’m on this show. I’m sure that’s why they wanted me. But, yeah. I would have done it if it had been just straight crime or–because I’m a big, you know, fan of true crime stuff. You know, I–you know, I love my comfort food episodes of Dateline that I still haven’t caught up with. And I, you know–I used to read that–in the magazine in the New York Times, on a Sunday New York Times–they used to have great crime reporting every week in that. And I’d sit there with my, you know, Sunday brunch and read a whole article about some, you know, a Sopranos like crime that had happened in New Jersey or something. I love that stuff. But, you know, what–I like the fact that, after the fact of being asked–I like the darkness of ours because there’s still that separation of ours. We’re not really the urban legends. We’re not really the campfire stories show. We’re not really the ghost stories show. We’re the–these are things reported in American newspapers…”

And what was the challenge in his hosting duties, “The challenge for me is the blending from my on screen talking and my recaps and my introductions and then into the images of the reenactments because I haven’t always seen those. And so, you want to keep the energy blendable. And then, when you start doing the narration, the actual narration, we don’t always have the images. Sometimes we do. But, we don’t always have them. So, it’s that choice of when to be conversational and just matter of fact and just talking about, you know, “In 1895, Owen Clive (sp) was walking down a,” you know, and then, you also have to make that shift about when to be extra dark, how theatrical to be. You know, “It was a quiet midnight in the village of Cambridge in 1895.” You know, you have to make those selections and how to blend them back and forth. That’s the real challenge for me. I never had to, you know, kind of combine on screen, you know, talking with my narration. And it’s still got to be me. You should know that it’s still me. It’s Robert Englund, your host, narrating. But, I can go–I have to sometimes be theatrical and sometimes dramatic and sometimes dark and sometimes conversational, and sometimes I’ve just got to kind of welcome you back to the plot or refresh the plot. That was the real challenge for me. You know, they’re all–you know, whether they’re paranormal or whether it’s like ghost story or, you know, something–some Native American legend–whatever it is still has to be Robert Englund, you know, your friendly neighborhood host talking to you, you know, and reassuring you and keeping you up to date on the plot that you’re seeing in the reenactment. So, I don’t really distinguish between the content. I will say that if it’s a ghost story or if it’s something particularly dark, a serial killer or something, I tend to embrace the theatrical more on that. You know, and if it’s more just historical and “what if,” I’m a little more–I don’t want to say natural. But, I’m a little more like–kind of like–the attitude is, “What do you think, viewer? What do you think, Mr. and Mrs. Audience? What do you think about this?” And so, these are sort of my little codewords for the different kind of tacks I take when I’m doing it…”

The premiere episode, “Twisted Relationships,” airing on Wednesday, March 18 at 10 p.m. ET/PT, begins with a North Carolina storekeeper who is tormented by a prophetic countdown to his doom. Did he will his own fate, or was there a higher power at play? Then, a New Orleans teenager finds himself literally trapped inside a waking nightmare, unable to save himself from his horrific fate. Finally, an Atlanta police station becomes a battleground for a killer … and a vengeful spirit. Other stories this season include: a mechanical marvel that torments its owner; a shadowy serial killer known as “The Axeman” authors a letter that ignites panic; a farmer battles a devilish curse; a greedy undertaker defiles the dead – then faces their wrath; a future president enters a savage beast’s den; a family is stalked by a mythical creature; and many more haunting stories you have to see to believe.

To learn more about the historical horrors covered in “True Terror with Robert Englund,” visit TravelChannel.com for spooky selects from the series.