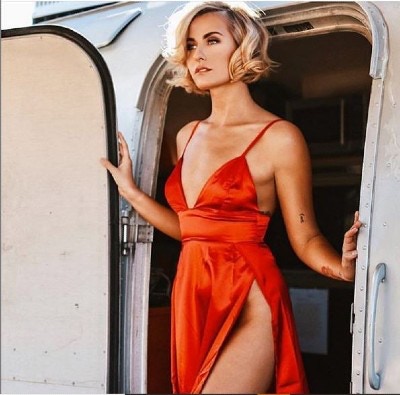 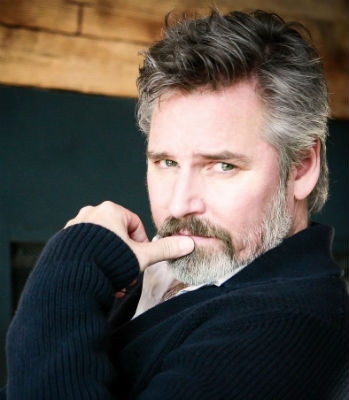 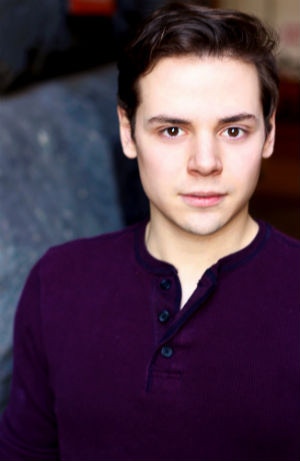 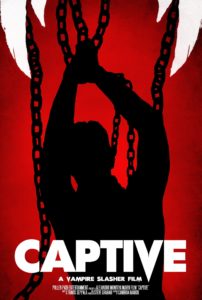 CAPTIVE begins with a group of five, twenty-something stoners. There’s Luke, the ex-athlete, his girlfriend Ashley, slacker pothead Ed, table-top nerd Teddy, and quirky girl Crystal. They’re an eclectic and unlikely group of friends, united by a failure to launch.

They’re spending Friday doing what they do best – getting high in the park and trying to figure out what to do for the weekend. Luke has an idea – break into a house and have a party. He knows of a house where every time this year like clockwork the homeowner couple leave for the weekend and don’t come back until Sunday night. Convenient, right?

So they break in and have a small party. Weed, booze, and friendly banter flow freely until the group starts hearing noises coming from the basement. But there is no basement – or so they think. With further investigation they find a hidden door that leads downstairs.

Nervous but curious, the group ventures down the stairs. Never a good idea in a horror film. There they find a room filled with occult artifacts – ancient tomes, sacrificial daggers, vials of strange substances, dusty manuscripts… 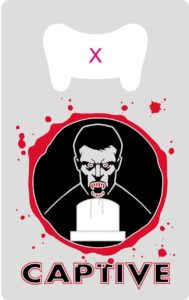 But what really harshes their buzz is finding a young man chained up, grateful to have been discovered and pleading to be freed. He is the Captive, and tells them that the homeowners are not the boring, run-of-the-mill Americans they appear to be but are psychotic, twisted, and satanic.

The group unchains the Captive. High, unsettled, but nervous about going to the cops, they choose to remain in the house. After all, the homeowners won’t be back until Sunday, right?

While the party continues (and gets bigger when Ashley’s sister Mallory shows up with an additional bunch of friends), there’s a weird energy in the air. People are starting to disappear, and some of them are even turning up dead! I mean, again, it is a horror film, right?!

Slowly, we learn just who owns this house, and why breaking in was a very bad idea. The Captive was right in wanting to escape, but will he help fight whatever is causing this dark turn of events, or was he chained up for a reason?

Of course they can only star in the film if they get support for their film from horror fans like YOU!

Please click the pic and support their campaign today…

-Be an extra in the film itself. Your name will be in the credits, and on the Internet Movie Database (IMDb)

-Get Executive Producer credit at the beginning and end of the film. Plus your company logo/name on all marketing and press materials 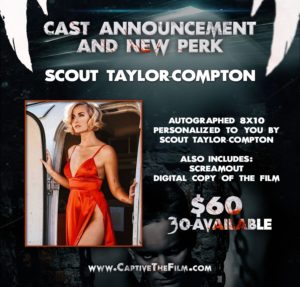 Visit “Captive” on Kickstarter to…

-Read more about the cast and crew

THE DARK PLACE is Returning to Theaters!

One thought on “CAPTIVE – A VAMPIRE HORROR FILM”