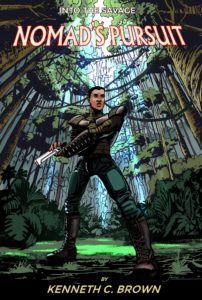 The plague took its toll on Colossal-1, and someone needs to answer for it. Grayson Wells and a team from C-1 are sent from the city to find the madman responsible for unleashing a deadly toxin which claimed the lives of many, including that of Grayson’s own mother. If they can recover Crager, the beast of a man, then there still may be hope—not only for the survival of C-1, but for Grayson’s own quality of life. His mission: to survive and triumph during his first time out of the city, and Into the Savage.

“For readers who like some sci-fi accompanied by horror and adventure, Kenneth Brown’s novella Into The Savage (Nomad’s Pursuit) should most certainly appeal…As this novella is just Part 1 of a series, it does whet the appetite for the next installments. A precedent has been set by the author and it is hoped that he can maintain this engaging style in subsequent narratives.”

Get your copy of this sci-fi adventure today at:

More info about the book can be found in this interview with author Kenneth C. Brown!

And don’t miss another must read from Kenneth… 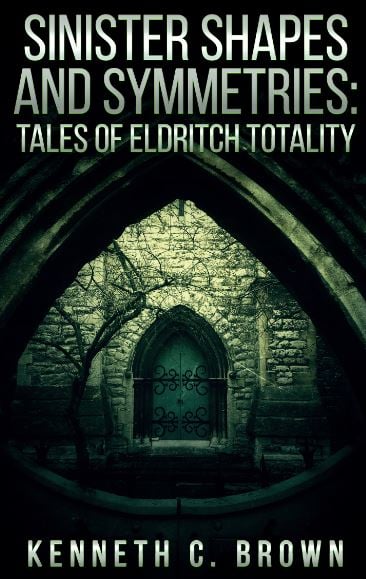 Experience tales both astonishing and terrible!

Included within are a collection of previously published and unpublished stories by writer, Kenneth C. Brown!

Read of foul entities and supernatural beings who permeate through the fabric of normal reality. These aberrations exist in countless forms and conduct machinations both large and small. As strange games are played between powerful forces, everyday men and women who struggle in their own monotony are used as pawns in schemes no normal human could understand.

Step into the trembling void in several unsettling stories. Enter the destroyed life of a husband whose once peaceful world is turned upside down by a supposed cult leader, an overworked fast-food worker on an extended night shift, the mind of an underground prizefighter who takes an offer too good to be true, and many others in a collection where horror and wonder come in all shapes and symmetries.

The frights begin when you get your copy today at: 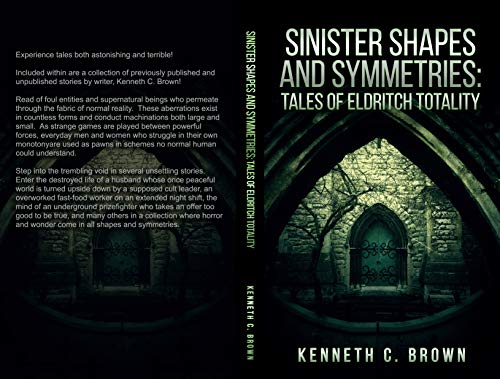 Kenneth Brown was born in the Philippines and somehow arrived to the backwoods of Kentucky riding atop of a three-legged burro. From there Kenneth was in and out of chicken coops and barn houses until being snatched up by local pest control workers who had mistaken him for the Pope Lick Goat Monster.

Kenneth learned to read and write, and not to bite the other children, before making a grand escape from the local psychiatric ward, even though he checked himself in. His writing wavers between the macabre and disturbing, when it is legible and not written in crayon.

At this time, Kenneth’s biggest achievement is remaining in the neighboring farm house for three weeks without being noticed. He dreams of bringing steam powered monstrosities to life and wearing ridiculously long top hats and brass goggles.

In his spare time, Kenneth enjoys writing, Brazilian Jiu Jitsu, cock fighting, and staring at the summer camp across the lake while wearing a hockey mask. The burro is still hanging in there.

You can find more from Kenneth at: