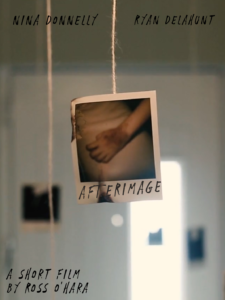 A young woman, in the wake of her boyfriend’s death, is forced to relive the dark nature of their relationship when his old camera begins to torment her. Inspired by the terrible stories that emerged from the MeToo movement, it explores the struggles abuse survivors endure; both internal and external.

“We loved Afterimage’s original, artistic and metaphorical approach. The integration of installation type elements such as polaroid pictures alongside the use of horror tropes brought a heightened psychological depth. That the unsettling tone was created with the absence of a score and without recourse to gratuitous elements also speaks volumes of its ingenuity.” 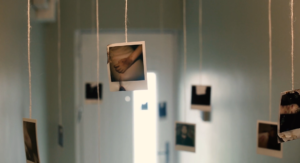 “Wow! This is really good”

“Great work all! Loved the film, was mega creepy and tense!”

Now it’s your turn to watch and enjoy AFTERIMAGE…

If you like the short film please give it a ‘thumbs up’ and leave a review!

“SLAY: Stories of the Vampire Noire” – Now on Indiegogo