Four Dedicated Channels: Stories By AMC, Slightly Off By IFC, All Reality WE tv, And The Walking Dead en Español All Available on Pluto TV Beginning
Friday, May 1 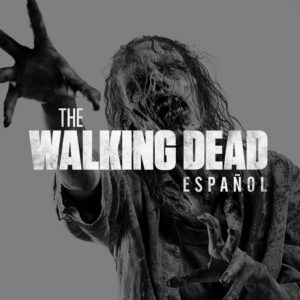 AMC Networks announced today that Pluto TV, the leading free streaming television service in the US, will launch a suite of original AMC Networks channels on May 1, including Stories by AMC, Slightly Off by IFC, All Reality WE tv, and The Walking Dead en Español. The launch of these dedicated channels will give Pluto TV customers access to a wide variety of popular and critically acclaimed AMC Networks content, including AMC’s The Walking Dead, Fear the Walking Dead, Halt and Catch Fire, and Into the Badlands; IFC’s Portlandia, Documentary Now! and Brockmire; and WE tv’s Kendra on Top and Mary Mary, and more favorites from across AMC Networks’ cable channels. Select programming will also be available on demand as part of Pluto TV’s platform.

“We are excited to partner with Pluto TV to bring AMC Networks’ acclaimed originals to our fans in new ways, as viewers continue to seek greater flexibility and choice,” said Joshua Reader, president of distribution and development for AMC Networks. “Free ad-supported streaming is an emerging category that gives us the ability to complement the content offerings of our linear networks and other new platforms in ways that serve viewers and advertising partners – all part of our strategy to make our content available to as many people as possible in a rapidly evolving media environment. As always, compelling, distinctive and premium content is at the heart of our appeal and that of these new AMCN-Pluto channels.”

“As we continue to see incredible growth and adoption of Pluto TV worldwide, we are thrilled to join forces with an esteemed and award-winning partner like AMC Networks,” states Amy Kuessner, Senior Vice President of Content Strategy and Global Partnerships. “Pluto TV is the exclusive launch partner of these new channels from AMC Networks, that offer the perfect escape for viewers in search of the very best television programming that’s easy to access and free to stream.”

Stories By AMC: Stories By AMC will include past seasons of The Walking Dead. In addition, Stories By AMC includes full series of award-winning shows including, Halt and Catch Fire, Hap and Leonard, and Into the Badlands, as well as select seasons of Ride with Norman Reedus and Making of the Mob and also the gritty police drama Low Winter Sun. More series joining the channel in the upcoming months include, Fear the Walking Dead, Preacher, TURN: Washington’s Spies, Comic Book Men, and more.

All Reality WE tv: All Reality WE tv boasts a deep library of additive, relationship-focused content. Series at launch include: Kendra On Top, L.A. Hair, Mary Mary, and John Edward Cross Country. Other WE tv series available on the channel includes WE tv classics such asMy Fair Wedding, Hustle & Soul, Tamar & Vince and more. Additional WE tv series joining the channel include in the coming months include, Bridezillas, Million Dollar Matchmaker, Cutting It In The ATL, Cyndi Lauper: Still So Unusual, and more.

About AMC Networks
Known for its groundbreaking and celebrated original content, AMC Networks (NASDAQ:AMCX) is the company behind the award-winning brands AMC, BBC AMERICA, IFC, SundanceTV, WE tv, and IFC Films. Its diverse line-up of popular and critically-acclaimed series and independent films include Killing Eve, Better Call Saul and The Walking Dead, which has been the #1 show on basic cable television for ten consecutive years, as well as Documentary Now!, Brockmire, Love After Lockup, and the films Boyhood, Death of Stalin, and many more. Its original series Mad Men and Breaking Bad are widely recognized as being among the most influential and acclaimed shows in the history of TV. The Company also operates AMC Studios, its production business; AMC Networks International, its international programming business; the subscription streaming services Acorn TV, Shudder, Sundance Now; and UMC (Urban Movie Channel); RLJE Films; and Levity Entertainment Group, the Company’s production services and comedy venues business. For more information, visit http://www.amcnetworks.com.

About Pluto TV
Pluto TV, a ViacomCBS Company, is the leading free streaming television service in America, delivering 250+ live and original channels and thousands of on-demand movies in partnership with major TV networks, movie studios, publishers, and digital media companies. Named by Fast Company as one of 2020’s Most Innovative Companies, with over 22 million monthly active users in the US, Pluto TV has a global footprint across three continents and 22 countries throughout the US, Europe and Latin America. Pluto TV is available on all mobile, web and connected TV streaming devices where millions tune in each month to watch premium news, TV shows, movies, sports, lifestyle, and trending digital series. Headquartered in Los Angeles, Pluto TV has offices in New York, Silicon Valley, Chicago and Berlin.