THERE’S SOMETHING ON TELEVISION… 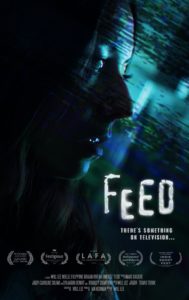 After turning on her television, a young woman fears she may not be home alone. 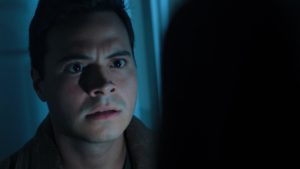 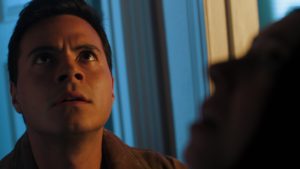 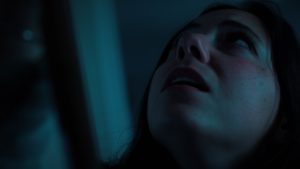 “The film itself is perfect, plucked directly from Plato’s realm of forms. It is a masterclass in modern horror. It may be generic, but each key element is flawless. It is genuinely creepy, the creature is scary as hell, and the editing and score come together like virgins and sacrifices. The actors were wonderful and each second of each scene has a purpose. I was on the edge of my seat from start to finish and that is exactly what a short film should do. It creeped me out, which hasn’t happened in a good while…” – Nevermore Horror

Watch the film right now and see for yourself…

FEED is a film born out of a simple goal: to create a classic horror moment as best we could. We felt drawn to slashers and creature features that had those iconic opening scenes where you catch a glimpse of what’s to come. Aesthetics and themes from movies like The Ring (2002) and Pulse (2001) were huge influences. We wanted to capture the dread of the paranormal while staying rooted in a single location.