“Indie sci-fi at its best” – Sci-Fi Today
“You will not be able to look away” –28DaysLaterAnalysis.com
“Will keep your attention the entire time and even had me begging for more. 4.5/5” –RepulsiveReviews.com 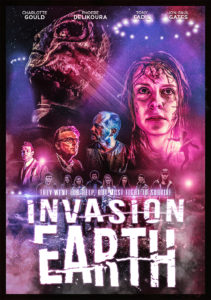 Premiering in loungerooms this August, an exhilarating new science-fiction thriller that’ll have you “begging for more”*, Invasion Earth.

ARROW Announces April Lineup, Goes to the Heart of Filmmaking with CLAPBOARD JUNGLE & Other Docs