Be wary of things you can’t see… 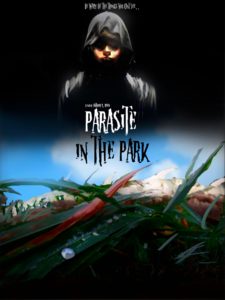 Parasite in the Park follows the story of a young boy that gets infected by an alien parasite and begins to wreak havoc on his neighborhood. 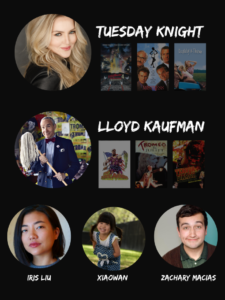 With a cast and crew of both established and emerging talent, the project will feature actress Tuesday Knight (A Nightmare on Elm Street 4: The Dream Master), co-founder of Troma Entertainment Lloyd Kaufman ( The Toxic Avenger ), special effects artist Vincent Guastini (The Last of the Mohicans, Requiem for a Dream, The Taking of Deborah Logan), and H.P. Lovecraft inspired orchestral composer Graham Plowman.

“Our film Parasite in the Park has a different type of feel for horror fans. We want to take the effectiveness of gory practical effects combined with real situations of films like The Thing and Texas Chainsaw Massacre and put them alongside playful characters like the ones in Gremlins , The Goonies, and The Monster Squad . It will be a mesh of everything that true horror fans will appreciate!” says owner of Pantomorphic Pictures and director/co-writer/producer Anthony R. Risen.

Support the film today before time runs out at:

Perks include copies of the film, posters, shirts, autographs, and much more!

“ONLY AIRING ON CometTV.com in January” Guide!

New Trailer for “The Dinner Party”