JOIN THEM IN MAKING A HORROR MOVIE TONIGHT… 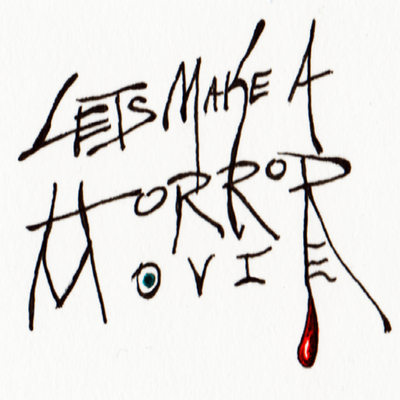 We are Let’s Make a Horror Movie Podcast! Every fortnight one of our two hosts – Dave or Jon – pitches a completely new horror movie idea/walk-through to the other who, having not heard it before, throws in their suggestions & ideas before we pass it out to the audience for their input.

Each Pitch takes about 20 mins and we run through the opening scene in detail, before giving synopses for the subsequent acts and climax. Besides that, there is an awful lot of nonsense.

Each Ep is split into 4 acts:

Now that you know how the show works, check out some of their recent episodes like…

Episode 24 thumps into your ears with all the subtlety of a Schwerer Gustav cannon, providing a horrific return to the diabolical in Jon’s pitch ‘he Lies Bleeding’ (yes, with a small h. Ffs). In Act 1 we get two rounds of listener feedback and updates to The Barber and The Butchers – Netflix, honestly, just give us a call – and in Act 2 we get another classic Dave rant, this time Marvel’s Hawkeye is in his sights, alongside a quick jaunt past the horror movies Hagazussa and Insidious 4, as well as some nonsense.

Act 3 of course is the pitch – that is why you are here – and in Act 4 we get the usual commentary followed by the History of Podcasting and some of it’s key figures, as well as how you can get involved in the latest print-publishing phenomenon: ‘The Podcaster’s Podcaster’ and ‘Podcaster’s Monthly’. 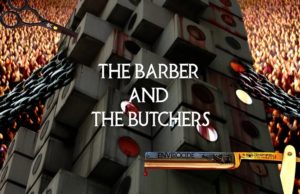 Episode 23: The Barber & The Butchers

New in Episode 23: Find out how you too can now enjoy the convenience of the 1000 best podcasts of the month in easy-to-see/hard-to-miss transcript form! Also, in Act 1 you can hear resident non-domicile Scottish correspondent JDubz’ feedback on Ep 22’s pitch ‘Metal Sky’, whilst in Act 2 we hear a bit about new horror movie ‘Becky’, alongside ‘The Last Of Us Part 2’ and the novel ‘Devolution’ by Max Brooks.

Act 3 is Dave’s first return to the Pitch arena post-covid, or ‘POCO’ if you will, and he’s taken the gloves off. It’s a futuristic nightmare with protagonists in their late 50s who are ‘all out of gum’… Twitter is firmly in his sights! And finishing off the episode in Act 4 we get a few bits and bobs on the pitch, the usual name-search (get involved!) and a lot of weird stuff about Rock ‘Em Sock ‘Em Ded Kidz and the follow-up to our hit true-crime, sister podcast: Finding Susan.

Welcome back – it’s the return of LmaHmPod! That’s right, after 3 long months of lockdown, Jon & Dave opted not to swap fluids any longer and instead committed themselves to a socially-distanced recording session – the first ‘PoCo’ if you will.

So, without further ado, it’s a new Jon pitch and it’s a brutal one. He didn’t earn the moniker ‘Thirty Ded Kidz’ (3DK) for nothing – check it out in Act 3! Alongside that there’s a general catch-up in Act 1 as feedback was covered in the Memento Morisode, and in Act 2 we dive through a few new horror movies (Color Out of Space, Ready Or Not, Let Us Pray, Sweetheart) and books that we love. 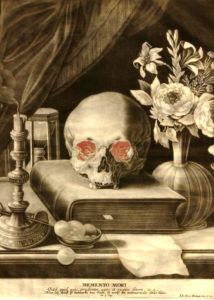 LMAHMpod’s Memento Morisodes are the new normal until the Corona virus ‘does one’, to use the parlance of the locality, and this is the first one so get involved!

Kicking off with an update on LMAHMpod’s situation, courtesy of Ozzy, we move swiftly into feedback on Episode 20’s pitch ‘King Fae’ before a tidy, sensible and completely uninterrupted wrap-up. All of which not only involves singular host Dave, but all the voice-artist guests we’ve had on the last 9 or so episodes – even Robert Durst is back! So six guests, plus Dave, but no Jon. It’s a real glimpse behind the curtain… 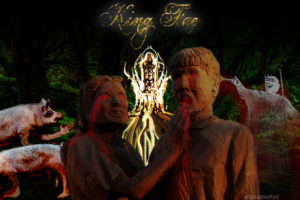 It’s our 20th Episode and Jon pulls a mad one out of the bag to mark the occasion. Folklorish body-horror abounds in Act 3’s ‘King Fae’ – an English yarn with a gruesome finale. Act 1 sees some listener additions to Ep19’s ‘The Vaults’, whilst Act 2 covers ‘How to Stare at Famous People’.. like, just in general, as well as the horror movies Snatchers and I Trapped the Devil, and LMAHMPod’s survival tips for the COVID19 pandemic. Act 3 is the aforementioned ‘King Fae’ horror movie pitch, whilst Act 4 is the post-mortem and title-search as well as Jon’s recollections of the famous Mary Poppins out-take ‘defecation scene’. And much more, including free, niche books! 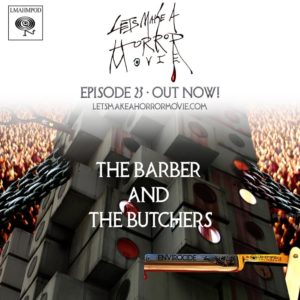 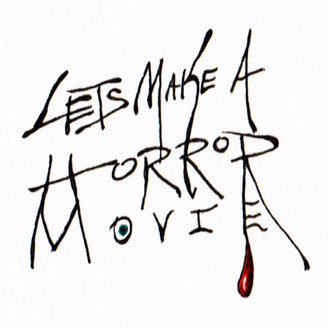 -Check out their contributor hall of fame