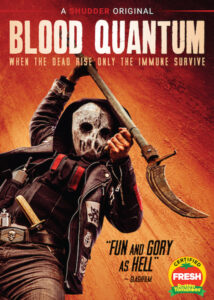 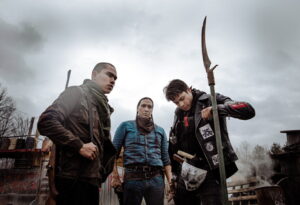 RLJE Films, a business unit of AMC Networks, has picked up select rights to BLOOD QUANTUM from Shudder, AMC Networks’ streaming service for horror, thriller and the supernatural. BLOOD QUANTUM will be released on VOD, Digital HD, DVD and Blu-ray on September 1, 2020. 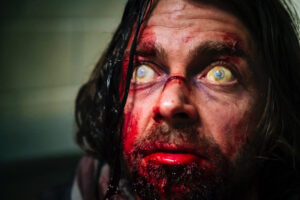 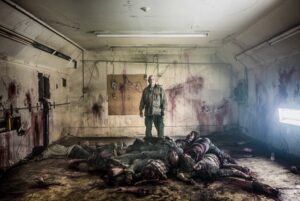 In BLOOD QUANTUM, the indigenous people in the isolated reserve of Red Crow are immune to the zombie plague that has taken over the nation, but that doesn’t mean their lives aren’t at risk. It’s up to Traylor (Michael Greyeyes, “Fear the Walking Dead”), the tribal sheriff, to protect the families residing on the reserve and a flood of desperate refugees from the hordes of bloodthirsty, walking white corpses that are closing in.

ABOUT RLJE FILMS
RLJE Films’ recent features include the 2019 Toronto Film Festival hit Color Out of Space, based on the classic H.P. Lovecraft story, starring Nicolas Cage and Joely Richardson and written and directed by Richard Stanley; and The Man Who Killed Hitler and Then The Bigfoot written and directed by Robert Krzykowski and starring Academy Award nominee Sam Elliott, Aidan Turner and Ron Livingston. Upcoming releases include David Ayer’s The Tax Collector starring Shia La Beouf and Bobby Soto; and The Owners from director Julian Berg and starring Maisie Williams from “Game of Thrones.”  us.rljentertainment.com.