Jonestown Films along with Studio 605 is releasing new stills, a clip, and a premiere date for the sequel to the 2017 award-winning indie slasher, The Wicked One. From director Tory Jones (The Wicked One, Angel) comes WICKED ONES. 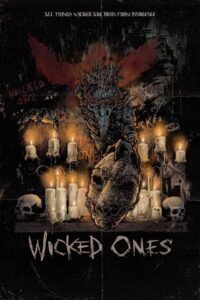 Synopsis: While returning to Carpenter Falls, the Lawson family comes to their final confrontation with The Wicked One, a serial killer with whom their last encounter has haunted them for a decade.

Wicked Ones finished filming in November, 2019. Like many other productions, the pandemic certainly slowed things down slightly. But it did allow Tory to sit down with editor/cinematographer, Roman Jossart, and edit the film together fairly quickly. 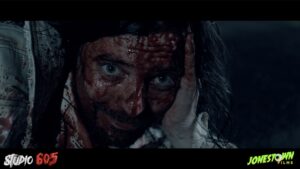 Composer Rocky Gray is close to wrapping up the score, and soon the film will be in the hands of sales agency, Cyfuno Ventures. There has already been interest from several distributors.

“The original Wicked One film is what first brought eyes to Jonestown Films and Studio 605. So for us to reunite to bring this second installment and complete the story we established in the first has been super rewarding and bittersweet.” – Tory Jones, co-writer/director.

It is co-written by Nathan Thomas Milliner and Tory Jones who also produced/directed. This film, like the first, is executive produced by Chris Gierowski.