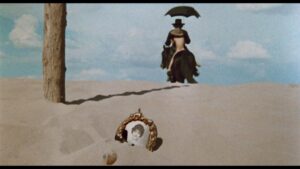 Crystal Eyes, Graveyard of Honor (1975), and Graveyard of Honor (2002) will be available September 1st on the Arrow Video Channel in the US and the UK. Additional new titles available September 1st include Ivansxtc (UK/US), The Holy Mountain (UK), Fando Y Lis (UK), El Topo (UK), and Return of the Killer Tomatoes (UK/US). The Arrow Video Channel is available on Apple TV in the UK and US, as well as on Amazon in the UK. 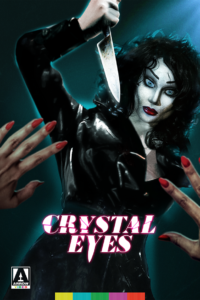 Buenos Aires, 1985. It’s the first anniversary of the death of stunning supermodel diva Alexis Carpenter – who met a fantastically fiery demise whilst strutting her stuff on the runway. To mark the anniversary, fashion editor of Attila magazine Lucia L’uccello – who gives The Devil Wears Prada savage Miranda Priestly a run for her money – plans a tribute to the fallen model. However, when Alexis’ dresses are stolen, and staff start to disappear, it seems a mysterious mannequin killer in a black raincoat is out for blood and ready for their closeup.