A Horror Version Of Seinfeld… 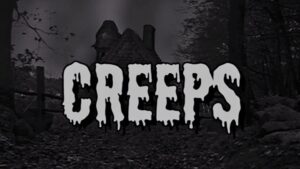 When a 300 year old Vampire “Malikai Macabre” and his eccentric, evil Warlock neighbor “Freak” get into trouble with the local law it could be jail time for the two ghouls. From scandalous sex tapes gone missing that turn up on the evening news, to Zombies whom roam the graveyard, devour their victims and steal cars for afternoon joyrides. Nothing is normal about this neighborhood! 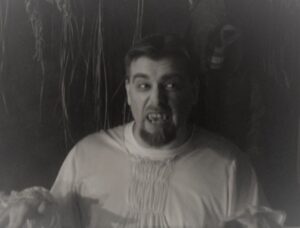 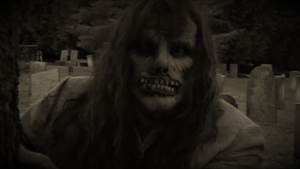 “Best way to describe this show is if The Munsters and Seinfeld had a baby in a Family Guy world it would be Creeps! It’s refreshing to see a horror comedy that is actually funny with story lines that are smart. A MUST SEE for any fan of horror!! Heck, even comedy fans too! I hope to see more in the future!”

The Freak and Malikai’s feud has gone far enough and this time the law has stepped in. Court ordered to seek therapy in order to avoid jail time, the two former friends now have to find a way to live amicably next to one another.

Malikai is upset with The Freak for allowing his pet rock to relieve himself on the angry vamps property. Soon after, the cops shop up and become the victims of a brutal beat down by the two ghouls.

Virgil’s stress over an upcoming audition has him bent out of shape (literally), meanwhile Freak and Malikai are held at knife-point by a random street thug while waiting for Bob to pick them up from their therapy appointment with Doctor Deviant.

Catch more episodes and the entire show today at: