We recently got to promote ‘As An Old Memory’ by author Vic Kerry, and knew there was more to tell about this book. Luckily, Vic was open to talking to us about it. Find out where the idea for the book came from, the role racism plays in it, what you need to know about the McAdams family, and much more… 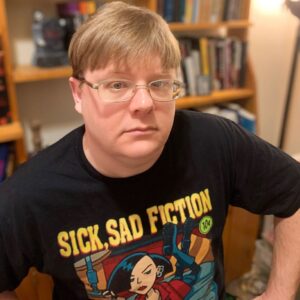 -PH: Before we get into the book, please tell us a little about life before you started writing?

-Vic: For 15 years, I worked as a psychotherapist. A total of 12 of those years was spent on an adult inpatient psychiatric unit. Currently, I teach 7th and 8th grade English.

-PH: What was the biggest reason you became an author?

-Vic: I’ve been writing most of life, just not publishing. I wrote my first story, which was horror, in the 3rd grade. After that, I started creating works using my friends and classmates as characters. I did Star Wars parodies, locked door mysteries, and humor during those days.
I picked up writing because I realized early on that I would never be a cartoonist, which had been my childhood dream. I can’t draw to save my life, but I discovered that I could pain pictures with words, and so, it went from there.

Now, I write so that I can play with my imagination and never lose all my childhood. Writing, for me, is the ultimate trip back to childhood’s land of make believe.

-PH: And why horror? When did you become a horror fan, and did you ever imagine you would be writing horror?

-Vic: I decided to write horror because of two reasons. The first was that I’ve always loved monsters. I haven’t always been a fan of horror, but my love of monsters has been around since childhood. The second reason is that I found horror a very therapeutic thing to write. After spending most of my day working with the severely mentally ill, horror writing kept me grounded and let me get all my demons out. It was a type of catharsis, not to sound too Freudian.

-PH: How did it feel when you released your first book?

-Vic: I was more excited about selling my first book than having it released. The actual release was a bit anticlimactic. There was no build up, no kind of push from the publisher. I got an email on a Saturday in March 2013 that said it was available. I hadn’t even gotten author copies. It was very lackluster. I am happy that later releases had a better build up and gave me time to get things ready to go.

-PH: Have you changed anything major in your writing process since the first book?

-Vic: My writing process has gotten faster as far as first drafts go. My first book was my thesis for an MFA in writing popular fiction. I had to move at the program’s pace, so it took nearly two years to write the first draft. My second published novel (I published a novella between my first book and it.) took about the same amount of time. After that though, first drafts have come quiet quickly, usually within six weeks’ time. As an Old Memory took only a month, I think. If I really like the book I’m working on, I can fly through a draft. Besides that, nothing much else has changed. 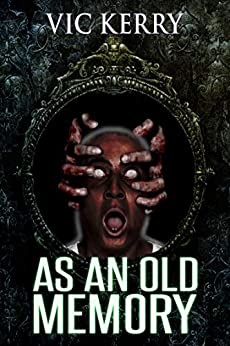 -PH: You recently released ‘As An Old Memory.’ Please tell us what’s it about?

-Vic: At its core, As an Old Memory is about the sins of the father and how they come back to get us. The plot revolves around a cursed family and haunted town. The McAdams family has a long history of doing the wrong thing, and it comes back to get them in the end.

-PH: Where did the idea for the book come from?

-Vic: The story has a few of origins. A large part of my family ancestors is buried in an old cemetery old a hill. It’s been there since Alabama became a state, so 200 years. The oldest grave in the place is a rectangle made up of carved stones that make a waist high tomb over the grave. It was always told that grave belonged to a slave woman. Years ago, I write a novella about that grave and a curse the old woman buried there placed on a family. I was not nearly as good of a writer then as I am now, so the novella never went any farther than being stored on a 3.5-inch floppy. However, I cannibalized the old curse story line for As an Old Memory.

I wanted to write a story about the evils of racism as well. I drew on two stories from Alabama’s past. One is very much true. The other might be true. The first was the 16th Street Baptist Church bombing in Birmingham. I wanted one of my characters to do something like that. In an early draft of the book, two characters blew up the segregated school for African American students, but I removed that story line for something I felt was eviler. The second story is a legend that might have true origins. It is about an African American man who was lynched in the late 1800s after being given shelter in the courthouse in Carrollton, Alabama. Supposedly, his ghostly face is imprinted in a pane of glass high up in the courthouse.

-PH: The story follows the McAdams family. What can you tell us about them, and what they are about to experience?

-Vic: The McAdams family is a cursed family, but they don’t necessarily know it. In the 1950s, Charlotte is a high school senior who finds her friends murdered while decorating for a homecoming dance. Her older brother Sim is a horrible racist who wants to get rid of the school’s only African American student. In the 1990s, Charlotte suffers from PTSD related to the trauma she experienced in high school. She dissociates to the past. Sim is a miserable alcoholic, who is as racist as ever. He is suffering from Parkinson’s Disease and is seeing faces when he looks in the mirror. His son, Alan, is a teacher at the local school. Alan’s two sons, Josh and Thomas, are high schoolers. Alan and his sons encounter ghosts and death as the story progresses.

-PH: Is this just a supernatural story or does it cross over into other genres as well?

-Vic: The story is heavily supernatural, but the very real horror of racism is present as well. Some Goodreads reviewers have stated that the racism displayed by some of the characters is more disturbing that the supernatural elements.

-PH: Since the story goes back in history did you do any research for it, or is it all fiction?

-Vic: A good portion of the story is fictional. I mentioned that I did draw from a real and possibly real incident. Anytime you write about a time you didn’t live in; you must do research. Most of my research was focused on the 1950s setting to make it as authentic as possible. Rural Alabama in the 1950s is a much different place than rural Alabama of today.

The 1996 part of the story didn’t require as much research since I was a teenager during that period. I did immerse myself totally in the 90s while writing this book. I only listened to music that came out up to 1996. I watched as many 90s sitcoms as I could without venturing into “modern” stuff. For a time, I forgot that it wasn’t the 90s.

-PH: How different is this book from some of your others?

-Vic: As an Old Memory is a ghost story. I’ve never written a novel-length ghost story mainly because I’m not a fan of ghost stories. Two of my three novels to this point, The Children of Lot and Jubilee have been about human monsters with no supernatural elements at all. Revels Ending, my second novel, might easily be classified as a supernatural science-fiction story because I use elements of advanced technology and psychological principals in it. So, I guess, As an Old Memory might be my first straight up supernatural novel.

-PH: The book has been getting good reviews. Do you still get when the first reviews come out for your books?

-Vic: I don’t get nervous about much of anything. It’s all that time spent working on a psychiatric unit. I like seeing positive reviews, but in the end, reviews are just opinions You can’t make everyone happy.

-Vic: I like writing short stories a lot, but I have more confidence in my abilities at writing books. At one time, I wrote a lot more short stories than I currently do. I’ve shifted over to writing more novels and novellas because I feel I do a better job with them.

-PH: If readers could pick only one of your short stories to read what would you recommend?

-Vic: That’s a hard question to answer because my short stories are so different from each other. When I write those, it’s really to let my imagination go on a jaunt. I have a few favorites. “The Night Sputnik Spoke” is the first story that I wrote I really liked. I think my take on the Blue Beard fairytale “Strut and Fret Upon the Stage” is good, as is The Twilight Zone-esque, “Another Lost Boy.” I am also partial to one called “The Little Girl,” which is super creepy. I supposed the most appropriate story for the times right now would be “The Last Beautiful Woman,” which is about surviving a global pandemic that results in people having to permanently wear masks. It’s in my collection Thorazine Dreams, which I published in 2016, well before any of this mess started. 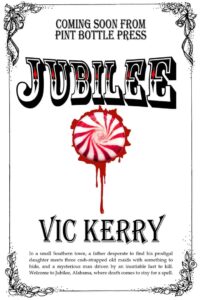 -PH: Here’s your chance to promote anything we haven’t talked about. Let us know something more about ‘As an Old Memory’ your other books/stories, what’s next, or anything else you would like to mention.

-Vic: I think that As an Old Memory is the best novel I’ve written yet. Writers are always their toughest critics, so that’s saying something. Because of the COVID-19 crisis, I’m not able to go on my convention and art festival circuit like I have so I don’t have any appearances coming up. I do, however, have several short stories coming out in anthologies. If you follow me on Facebook, Twitter, or Instagram, I’ll keep you up to date on those releases.

I want to mention Jubilee. It came out in 2018 and has also gotten a lot of positive feedback, if not an abundance of Amazon reviews. It finaled in the Next Gen Indie Book Awards and the Kindle Book Awards in the horror category. It’s a good thriller with a main character based on my grandmother, who was a good sport about it. Check it out too.

We would like to thank Vic for taking the time to answer our questions. Hopefully this gave you some added insight into his new book, and you’ll consider giving it a read. You can for more information about him and his books at https://vickerry.wordpress.com, and be on the look out for more coming from him soon!

HNN Presents: “Everybody Gets Stabbed” on June 29th – Pre-Order Today